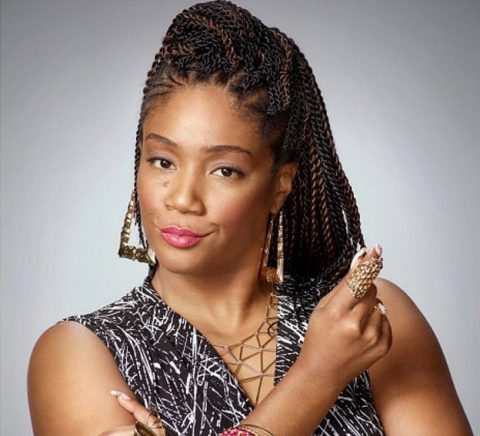 It took four decades, but “Saturday Night Live” has finally allowed another Black female comedian to host the show. Tiffany Haddish will bring her brash and expressive brand of comedy to “SNL” on Nov. 11.

Haddish broke out into the mainstream this past summer with her hilarious exploits in the film Girls Trip. But while her appearance on “SNL” shows progression, it’s ridiculous that Haddish is the first Black female comedian to host the 43-year-old show.

In 834 episodes, only 49 Black people have served as host on “SNL.” Out of the 49 Black hosts, only 11 were women.  Most of the women who have hosted the show were actresses or musicians.

Currently, Leslie Jones is the only Black female comedian on “SNL”  after Sasheer Zamata exited the show in May of 2017. “Saturday Night Live” must address its diversity issue.

Haddish will host with Taylor Swift serving as the musical guest.

Chance the Rapper will host “SNL” the following week. It will be the first time that two Black hosts appeared on back-to-back weeks.