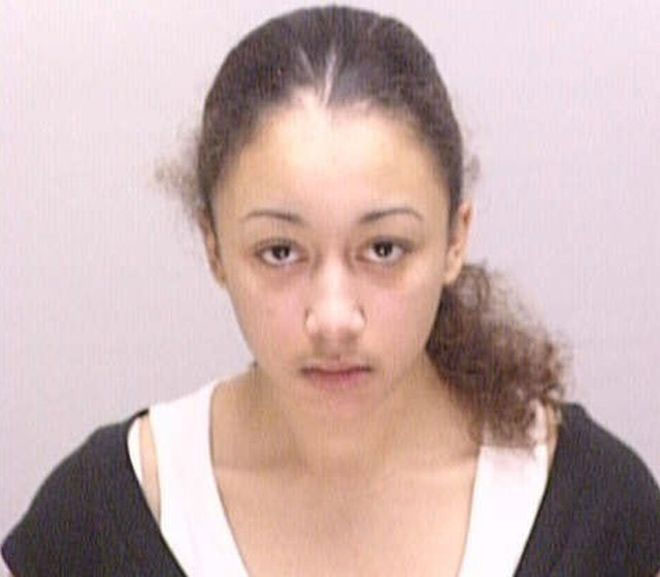 At the age of 16, Cyntoia Brown found herself raped and trafficked by a pimp named “KuttThroat” in Nashville, Tennessee. Brown soon found herself sexually serving numerous men until she was sold to a Nashville realtor named Johnny Allen. After being raped by Allen repeatedly, she was able to turn the tables on her captor and shot him dead with his own gun. Cyntoia is now 24 and is not eligible for parole until she turns 51 for defending her life from a child molester.

In 2004, Brown was tried as an adult and sentenced to life in prison for the murder of Allen. Her story was first reported by media outlet Fox 12 in Nashville and since then details of the life of Cyntoia Brown have emerged. Even before she was born, the odds were stacked against her because her mother admitted that she drank heavily when she was pregnant with Cyntoia. As a result, Cyntoia was diagnosed with fetal alcohol syndrome, a neuro-developmental disorder which haunted her throughout her young life.

In a 2011 documentary by filmmaker Daniel H. Birman, “Me Facing Life: Cyntoia’s Story,” it was revealed that Cyntoia’s grandmother and mother had been raped. Her family history also included mental illness and suicide. Cyntoia started drinking alcohol at the age of 9 in a home where her mother prostituted herself. Her teen years were filled with drug use and she also sold crack by the time she was 16. She lived at a home for neglected children and would often sneak out at night to party at clubs where she would meet older men. It was at such a club that she met her pimp who would later drug and traffic her to other men. When Cyntoia shot Johnny Allen, he allegedly was trying to rape her again and she was in fear for her life when she killed him. But police say that her actual motivation for the murder was robbery because she took his wallet and other items.

The story of Cyntoia Brown is now receiving much-needed attention and igniting hopes for a review of her conviction. Superstar entertainer Rihanna posted to Instagram:

“Did we somehow change the definition of #JUSTICE along the way?? cause….. Something is horribly wrong when the system enables these rapists and the victim is thrown away for life! To each of you responsible for this child’s sentence I hope to God you don’t have children because this could be your daughter being punished for punishing already!” #FREECYNTOIABROWN #HowManyMore- badgalriri

Rihanna was joined by Kim Kardashian West in concern over Brown’s case and she posted the following on Twitter:

“The system has failed. Its heartbreaking to see a young girl sex trafficked then when she has the courage to fight back is jailed for life! We have to do better & do what’s right. I’ve called my attorneys yesterday to see what can be done to fix this.”

Cyntoia Brown and her plight have gone viral in social media with #FREECYNTOIABROWN as users across social media platforms are spreading the word. Because of her case, Tennessee no longer charges a juvenile with prostitution, after realizing that there are no child prostitutes, only child victims of sexual abuse.