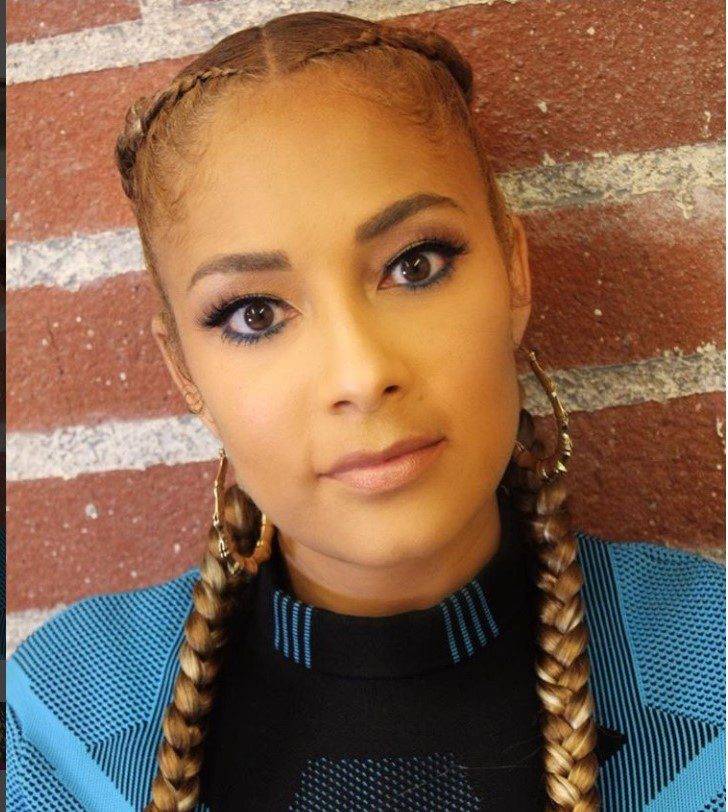 Hip-hop legend Russell Simmons became one of the latest men in Hollywood to be accused of sexual assault and now he’s being called out in a major way by rising actress Amanda Seales, who claims that Simmons made inappropriate comments toward her during a business meeting.

Seales made the shocking revelation on her Instagram page yesterday when she posted a video in which she addressed her fans’ questions about her thoughts on Simmons and his accusations. That’s when Seales brought up an old video that she posted before in which she claimed that an unnamed man in Hollywood once asked her in a business meeting if they’d ever slept together. Now though, Seales has decided to reveal that it was Simmons who posed the inappropriate comment.

“Umm, have we ever f—ed?” Simmons allegedly asked Seales in a business meeting, to which she responded, “No.”

Seales says that Simmons followed up with another inappropriate comment. “Oh right, ’cause I would have remembered that, right?”

Seales also captioned the video with a lengthy explanation of why it’s so difficult for victims to come forward about their assault due to victim blaming and scrutiny that they will face for calling out a man for being inappropriate or violent.

“PSA: For anyone who says, ‘Why’d they wait so long?’ You wait because as a woman raised in a patriarchal, ‘Bros before h–s’, sexist, ‘but what were you wearing’ society you understand power dynamics and that even when there are witnesses to any level of sexual harassment/assault it will always be you who is questioned for incurring the offense. You wait because you know your vision is bigger than their indiscretion and refuse to let it derail you from your goals. You wait because you don’t even want to acknowledge the f—ery for longer than you have to when you know the odds are there will be no consequences, you’ll be dismissed, or worse defiled yet again and would rather get on with the positive things in your life. You wait because, especially when it’s a black man of prestige, you are conditioned to not speak defamatory truths for fear it will undermine their contributions to the community. Lastly, you wait, because you don’t even wanna believe it ya d–n self. No matter how seemingly benign or intrusive, no one wants to endure this, particularly in professional settings. Yet, so many of us have so many of these stories and we come to operate like a clandestine anti-#creeplifes coalition of alerting others to, ‘watch out for so and so.’ Let that be no more. It is not okay. It is not the culture. It is not your fault. Expose them. #igstorygems,” wrote Seales.

As previously reported, Simmons stepped down from his positions with his businesses after screenwriter Jenny Lumet and former model Keri Claussen Khalighi accused him of sexually assaulting them in 1991. Actor Terry Crews also called out Simmons, saying that the Def Jam mogul emailed him and asked him to take back the sexual assault allegations he’d made against film agent Adam Venit.

“Did he ever apologize? Give the agent a pass. Ask that he be reinstated,” Simmons allegedly wrote in an email to Crews.

Well, what do you think of Seales’ accusations? Let us know in the comments.