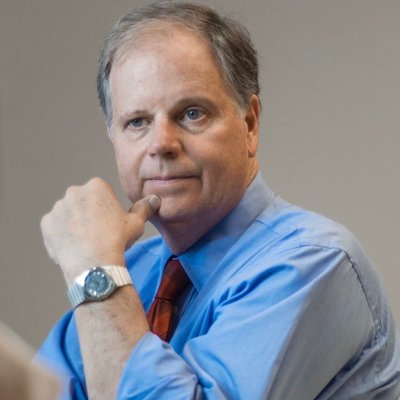 In what is tantamount to an adolescent high school hissy fit, vanquished Alabama senatorial candidate Roy Moore is running to the courts at the 11tth hour to halt the official certification of Doug Jones as the state’s newest representative in Congress.

Moore refuses to concede in the wake of the election result. He filed an election complaint declaring voter fraud. He called for a delay in the certification of the results that declared Jones officially the winner and asked for “a new special election.”

In a statement Thursday, Jones’ transition team called Moore’s challenge a “desperate attempt” to “subvert the will of the people.”

Alabama Secretary of State John Merrill confirmed Thursday morning that Jones will be certified the winner of the Alabama special Senate election despite Republican Roy Moore’s refusal to concede and request for a new election.

Jones defeated Moore in the special election by about 20K votes to fill the Senate seat vacated by Jeff Sessions, who was appointed by President Donald Trump to head the U.S. Department of Jusice. Moore’s candidacy was fraught with problems from the outset. The former Republican judge with a history of incendiary comments and controversial actions was also accused by a cavalcade of women for sexual harassment and/or assault. Some of the allegations included saying Moore had sexually abused teenage girls.

The race attracted national attention and Trump even made special trips to Alabama and made public declarations in support of Moore’s campaign. The loss was a humiliating defeat for the president.

In any event, Moore’s last-second ploy will prove futile in trying to avert the inevitable, Merrill said.

“Will this affect anything?” Merrill told CNN. “The short answer to that is no.”

Merrill said he would will complete the official process to certify Jones’ win, and that Jones will be sworn in when the Senate returns to session in January.

“We will sign the documents certifying him as the senator for the state of Alabama,” Merrill said on CNN. “He will be sworn in by Vice President Pence on Jan. 3 when the Senate returns.”

Merrill assures the Alabama electorate that any and all credible claims of voter fraud will be treated with seriousness.

“Any citizen has the opportunity to submit an allegation of voter fraud that they’ve witnessed,” said Merrill, whose office has received over 100 voter fraud reports while adjudicating more than 60. “We’ll investigate those.”