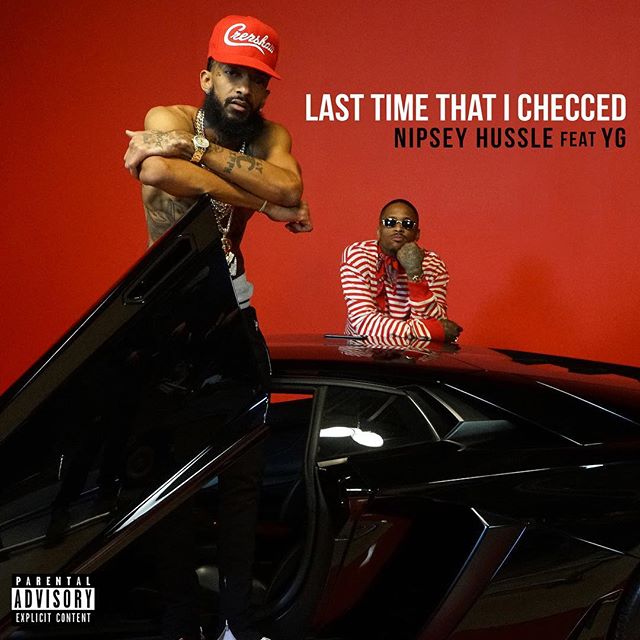 Nipsey Hussle is back with another visual for his fans. ” F— Donald Trump” was the first time we saw Nipsey Hussle and YG featured on a song without other artists. Now, in a time where unity is needed, the red and blue flag owners have intertwined in the visual for “Last Time That I Checc’d.”

Nipsey and YG politic through the streets of L.A. while palm trees and a beautiful Lamborghini make cameo appearances. Both artists, as Nipsey reminds us, are the voices of the grit that is Crenshaw and Compton. The video treatment was handled by Nipsey’s All Money In imprint. Nipsey Hussle’s debut album, Victory Lap, will be released on Feb. 16, 2017.

Check out “Last Time That I Checc’d” on YouTube.