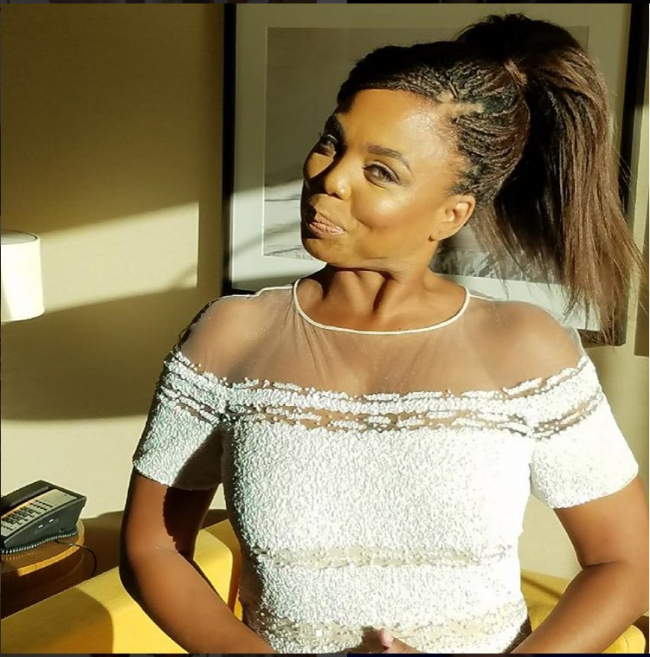 ESPN’s lightning rod Jemele Hill is a true Detroit native. The fighting spirit of Motown flows through her veins like so many red blood cells — meaning that she doesn’t back down, there is no arch in her back so she stands upright and meets your gaze, and she can knuckle up verbally with the best of them.

However, just because she freely engaged in serious debates with fans of the network — at one point callilng Donald Trump “a White supremacist” on Twitter — doesn’t mean she’ll be responding to workplace drama from co-worker Sage Steele after she threw subtle shade in Hill’s direction.

Steele, who is about as threatening as a rattlesnake without fangs, stopped by for an interview with Refinery 29 to explain her position on a few issues.

In the piece, Steele spoke about the attacks many of her fellow broadcasters have received on social media — like Barstool’s war-of-words with Sam Ponder — when she was asked about Hill:

“I think Jemele is a completely different story in that she put that onto herself of her own volition. Sam had been attacked,” says Steele. “I think that’s an important distinction.”

In truth, she acknowledges that it’s not that simple. While social media can be a powerful tool, Steele says:

“We’re all afraid to comment on things in general these days because you don’t want anyone to take it the wrong way … I just think we’re in very tough times. And I will say this, it’s not a lack of supporting Jemele, it’s simply, I just try to abide by the rules.” She says she now tries to follow Chad the PR professional’s advice to “just don’t push send.”

Steele’s statements became an instant point of contention and debate on social media. When one Twitter user asked for Hill’s take on Steele’s words, she gave a classy response yet was able to hit Steele with a subtle jab.

As is my policy in general, anything I have to say regarding a colleague, I will say to them privately. Also: I’m not in the business of policing my colleagues opinions because I rarely care that much. https://t.co/4bXSUWadqS