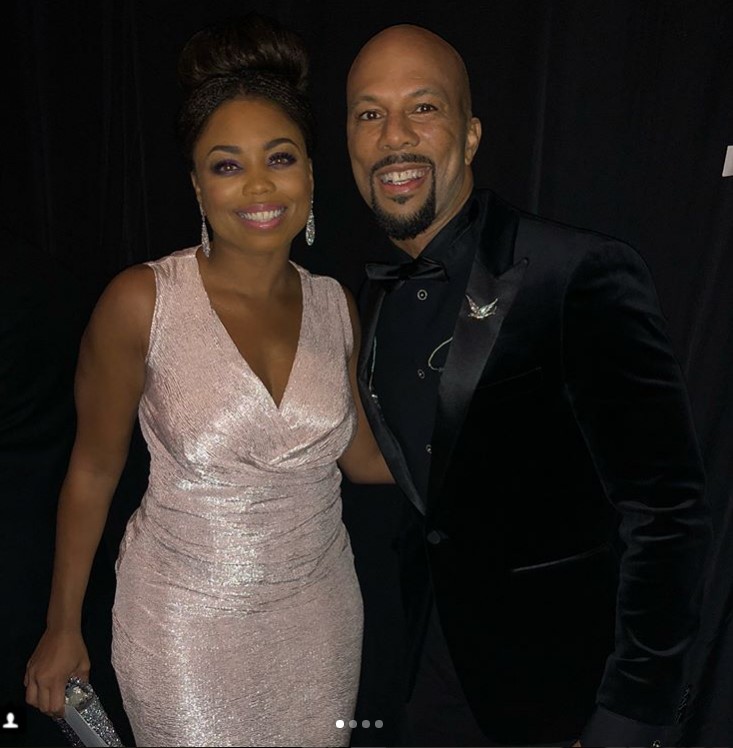 Somewhere near Jemele Hill’s hometown of Motown, singing savant Stevie Wonder flashed his famous smile and said “even I saw that one coming.”

You didn’t have to be a nuclear physicist or a world-class prognosticator to figure out this latest ESPN move. In fact, it should have taken about as long as one of Donald Trump’s fingers to figure out – meaning not long at all.

Speaking of Trump, he is the reason Jemele Hill pretty much signed her own death certificate on her career as a TV personality at ESPN. Because the moment the Detroit-born diva demonstrated consciousness and had the intestinal fortitude to take on some of Trump’s most rabid, wretched and racist supporters, she became as welcome at ESPN as a Haitian refugee at a White House state dinner.

Hill did not don a helmet like Colin Kaepernick and she’s not demanding unilateral protests, aka Jada Pinkett Smith at last year’s ‘Oscars. But Hill stands besides those two vilified personalities, towering above the hushed, huddled masses as she used her national platform to figuratively trim Trump’s tresses.

As such, Hill is throwing up the deuces to ESPN’s “Sports Center.” The news comes a few months after the popular sports journalist and TV host was suspended over controversial tweets about President Trump and the NFL’s National Anthem protests.

Hill’s last day on SC6 will be Friday, Feb. 2, two days before the Super Bowl. Michael Smith will host the program solo.
“SC6” cohost Michael Smith will become the program’s sole anchor, as he was when Hill was suspended for two weeks after tweeting about the NFL controversy involving players using the national anthem to make a statement about racism.

ESPN has a $15.2 billion “Monday Night Football” contract, and its association with the NFL is critical to sustaining the industry-high carriage rates it commands (and demands) from cable, satellite and digital TV service providers.

You can easily guess that ESPN brass were white hot over Hill’s tweets suggesting fans might want to boycott the sponsors of teams that pressure players to stand for the anthem, which came after the series of incendiary Trump tweets that made her a cause celebre for some but drew condemnation elsewhere. 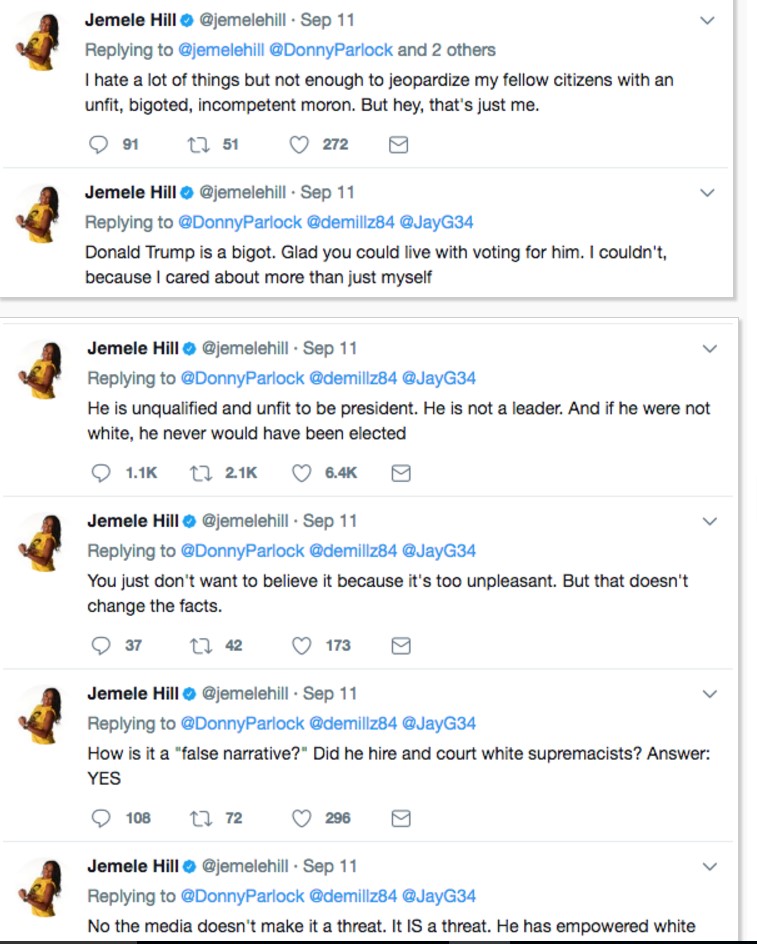 And when White House mouthpiece Sarah Huckabee Sanders called for ESPN to fire her, you knew the guillotine was being resurrected in her honor.

Hill apologized at that time, saying she regretted the way her tweets “painted ESPN in an unfair light,” and ESPN said she was entitled to her opinions but expected her “not to publicly share them on a platform that implies that she was in any way speaking on behalf of ESPN.”

ESPN has since updated its social media policies to make even more explicit what it expects of those who work for it.

Meanwhile, Jemele has a four year deal with EPSN and will Hill will remain at the network. She’ll continue to write for the ESPN vertical, The Undefeated, and also host town halls.