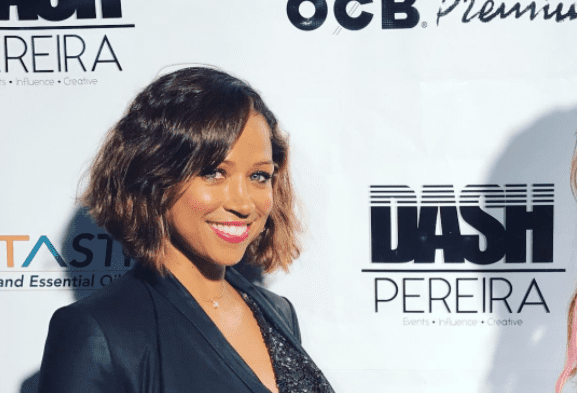 Clueless actress Stacey Dash is blissfully clueless about what most Americans really think about her and her level of intelligence, if they even expend the energy to do that much.

Nevertheless, Dash is siding with the smaller conservative wing of the country and is seriously contemplating running for high office.

The former Fox News contributor said on Friday that she has been prompted to consider running for Congress because she says her fans have asked her about it for years now.

Dash, the cousin of music industry veteran Damon Dash, asked her 540K Twitter followers their opinion of whether she should run or not:

A number of people online and off have suggested I run for political office. I wanted to see what my online community thinks of this idea as I mull the possibilities. Thoughts? pic.twitter.com/L71fF0NnXR

The tweet was followed by an image that says it was paid for by the D2DC “Testing Waters” committee.

Dash is widely reviled in urban America for using Black publications in risque photo spreads to enhance her name brand and reinvigorate her career then suddenly come out as a conservative who often takes sharp stances against Black Americans. As an example, Dash said this about ultra-popular Black institutions on Twitter:

“If we don’t want segregation then we need to get rid of channels like #BET & the #BET awards & the [NCAAP] image Awards where you’re only awarded if your Black. If it were the other way around, we’d be up in arms ” #StaceyDash ✔

On Saturday, Dash returned to Twitter to announce that her contemplation has deepened on the subject of running.

“In response to numerous calls for me to run for office, I am considering a run for Congress. Would love to know what my fans and friends think,” she tweeted.

Dash, a Los Angeles-area resident, was reportedly terminated from Fox News after she used an expletive on-air while denouncing President Barack Obama’s actions towards combating terrorism.

“I didn’t feel any passion from him,” she said on Fox at the time. “I feel like he could give a sh**, excuse me, he could care less.”

Meanwhile, folks are beginning to weigh in on Dash’s alleged political aspirations on social media. Take a look at a sampling of the responses on Twitter:

The real question is who in their right damn mind would vote for #StaceyDash? Me personally… This is how I feel about voting for her. pic.twitter.com/xPqXkgnTpk

So her fans call her intelligent, but all I hear coming from her mouth is unintelligent shit #StaceyDash https://t.co/WLtYOZeZnm

You know what I’m realizing is that there seems to be a trend for shitty, irrelevant celebrity hacks riding that Trump train to Attentionville. #ScottBaio#AntonioSabatoJr#TedNugent#StaceyDash

Who else can you think of?