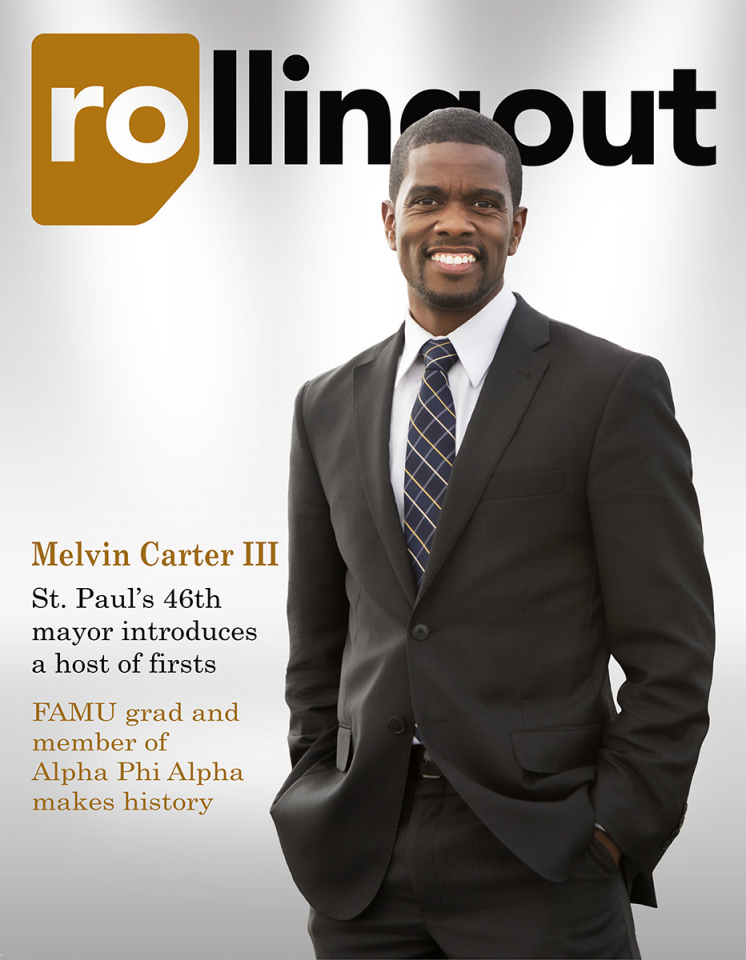 It wasn’t just another frigid Tuesday in Saint Paul when Melvin Carter III, 38, was sworn into office as the first mayor of color and one of the youngest since Minnesota’s capital city’s founding in 1854. It was also a day when new thought leadership stepped to the fore. His leadership style embraces continuity, a higher minimum wage, and even a savings account for every child.

The newly elected 46th mayor of St. Paul stood before a captive audience on Jan. 2, 2018, and outlined the three necessary pillars — public safety, education and job creation — to support his first-term platform.

Here, he shares his perspective on what success looks like and how his administration plans to engage constituents.

Define public servant.
It’s a self-defining term. The public is our community. It’s the people we see. We often see people serving parties and ideologies and not really saying what ordinary people are struggling with and up against and how we push that forward.

I really see a true public servant as someone who doesn’t lead from afar, or lead from a pedestal, but stays shoulder deep with the people so you can learn the lessons of community wisdom that you can only learn from people who are immersed in community such that we can carry the ambitions, the desires and even the frustration of ordinary people in communities as well as the government.

Why did you enter politics?
I attended Florida A&M University. I was running track and in the business school there. While in Florida, the year 2000 election was my first chance to vote in a presidential election. If you remember that election, the conversation was about “hanging chads.”

I was living with my older sister and her husband. My brother-in-law was turned away from the polls. We stood there in the year 2000 in Florida, essentially arguing the right to vote in the capital city of Florida. As we stood at that table arguing our right to vote, it was the most profound sense of powerlessness.

I have dedicated my public life to make sure my children and my neighbors or anyone else [doesn’t] have that experience. And, a number of fellow students ended up committed to a life of public service.

What is your definition of success?
We have built a big vision for a city that works for all of us. Cities are at the core of the American paradox. In cities all over the country right now, we are seeing almost unparalleled prosperity, opportunity and momentum. Simultaneously, we see whole communities and neighborhoods of people who are locked out of that prosperity, locked out of that opportunity.

Seeing a city that is capable of operating public service for every citizen and where every voice is valued and lifted to success. I’d like to see my administration not only work to elevate my voice but to lift every voice. I think we will know that we are getting there. We hear the indicators. When I was in college, volunteering for nonprofit organizations, I would remember feeling that electoral politics wasn’t relevant to improving community life. A lot of times in our neighborhoods in Saint Paul and around the country, we hear people say the standard of living in urban communities is different. When the snow is plowed, somebody else’s snow gets plowed faster. When there are potholes, somebody else’s potholes are filled sooner. Or, for example, someone else is getting protected and served while I am getting policed. A strong indicator of our success will be when we start to really turn around those perceptions.

How does your administration intend to engage your millennial constituents?
Engaging our entire city is important. We have a young and millennial workforce, high school and college students; quite frankly, we have senior citizens who are recently retired, professionals of color, low-income neighborhoods, segments of our community that feel disconnected, and oftentimes shut out of what is going on in public life. Our goal is to be there, not just to say, “You guys should come down to City Hall at some point in time,” but to be in those spaces, engaged on social media with people in every different way that we can.

One of the biggest things we’ve found out in the course of the campaign that it’s not just tweeting, but having a better conversation and it’s really about what you do. What we’ve heard loud and clear from people all over our city and maybe in particular from the millennial is the desire to be a part of something. I think we’ve proven that the model of electing someone and coming back later to see what happened just doesn’t work.

We are hearing from the millennials that they don’t want me to disappear into the back office and go do big things on their behalf. They want to partner with us to build the type of city that we all know we need to be pushing forward towards.

What promises did you make to the citizens of Saint Paul during your campaign?
We’ve had a big conversation with our residents here in Saint Paul. We started with an initiative called Imagine Saint Paul. Through Imagine Saint Paul, we invited everyone in our community, in every corner of our city, to come with us and help build the big vision. We landed on three pillars. One is economic justice. We are working hard to raise the minimum wage here to $15 an hour so that no one who works full time lives in poverty. We are focused on affordable housing and making sure the promise of a living wage job and entrepreneurship is real in every neighborhood.

We are focused on public safety but through a criminal justice reform lens. We are rejecting the premise that keeping neighborhoods safe is just about bigger jails, more police and tougher prosecutors. We really have to cut to the core, which means investing in neighborhood resources to prevent crimes and invest in that critical trust that has to flow between neighbors and our police officers.

The third piece is education. Every ambition we have for the community centers around preparing our children and families for the future. We are going to create child savings accounts. Every child born in our communities will start with $50 in their savings account.

Are M/WBE (Minority and Women-owned Business) certifications important? Why?
Those tools are important vehicles for us to help drive that economic justice piece. Our city’s budget is over a half billion dollars a year. That budget comes from the people of this community. The businesses in all our communities need to have fair access to those contracts. The participation of those disadvantaged enterprises is definitely something that we are tracking and monitoring really close. Those certifications are critical to that process.

What are your thoughts on the recent Wall Street Journal article “Forget the Midwest. Minnesota Casts Itself as the North”?
The North says something in a meaningful way. It says to people who we are. We have an ice palace right now that is part of our Saint Paul Winter Carnival celebration. … We are hosting the 2018 Super Bowl here in the Twin Cities. Our goal is to invite regular families, people who live in this community to come celebrate it with us at one of our local rec centers. It is winter so much here, we get right out into it. We don’t hide from the winter. We don’t hide from the cold. We get into it and have a good time. And, I think telling folks that we are the Midwest doesn’t really communicate who we are.

I love sharing with folks that we are the bold north, here. It is more illustrative of what they can expect when they come to Saint Paul, Minnesota.

Is there an affirmation or inspiring quote you live by?
There [is] a whole lot, honestly. I am the product of a community of elders, including my grandparents and parents, who had a wheelhouse of notable quotables for us all the time.

We had the neighborhood grandmothers who had a lot to say. My grandmother was one of them. One of my favorites is one she would say: “Love many. Trust few. And learn to paddle your own canoe.”

Carter holds a bachelor’s degree in business administration from Florida A&M University and a master’s in public policy from the Humphrey School of Public Affairs at the University of Minnesota. He’s a fourth-generation Saint Paul resident, Saint Paul Public School graduate, and former Saint Paul City Councilmember. He lives in Saint Paul’s Rondo neighborhood with his wife Sakeena and three of their five children.