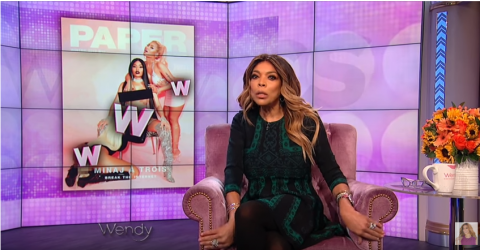 Birdman doesn’t like bird brains. Or at least that’s how he views Wendy Williams in the wake of her inflammatory, if not defamatory, comments about him personally as well as his romance with sexy songstress Toni Braxton.

The New Orleans-bred, self-made music boss said he is definitely in love with Braxton and wants to have a permanent relationship with her. And he doesn’t appreciate Williams throwing shade at him nor their romance.

“She’s my life. I love her to death,” he said calmly but resolutely to Williams on the show as the audience erupted in piercing cheers.

The couple are not married … yet. The Cash Money mogul was invited to “The Wendy Williams Show,” and he revealed some highly personal details about his love life.

He told Williams that Braxton is his love, his soldier, and his life. He also stated that he had known Braxton for nearly 20 years and their relationship was nothing more than fate. He also admitted that it was hard to receive love from the nearly all-female Braxton brood as well as matriarch Evelyn Braxton — whom he called an “angel” — because he was mostly raised by the streets where the expression of love is scarce, if not nonexistent.

“It was hard to accept their loving me at first,” he said. “But I eventually got over it.”

Williams said she did not believe that the man born Bryan Williams, 49, was good for the more pristine and polished Toni Braxton. Birdman was clearly offended and let Williams know this.

It all began in September 2017 when Toni’s sister, Tamar Braxton, was also invited on the same show, and she told Williams that her sister and Birdman already got married.

Birdman would only say that he and Braxton are currently engaged.

“I’m just a gangsta. That don’t mean anything. Certified, too. What that gotta do with love?” Birdman responded, slamming the host’s comment.

Check out the interview in its entirety below.