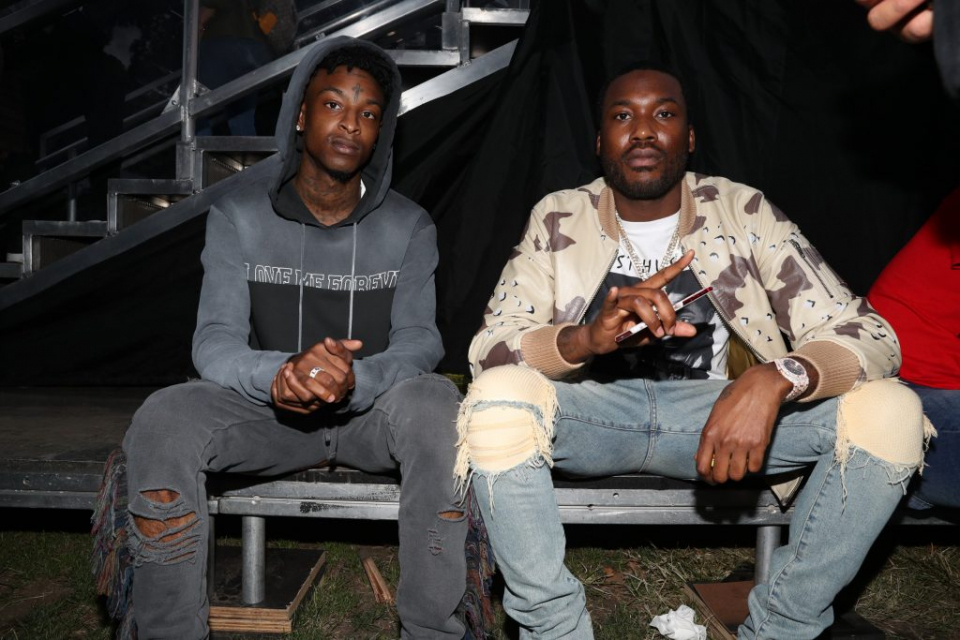 Hip-Hop artist Meek Mil has been incarcerated since late 2017 for parole violation. But with allegations of falsifying information against the arresting officer in the original 2007 drug possession arrest, there is hope that the hip-hop star will soon be free. Since the new developments, the legal team of Meek Mill filed a post-conviction relief act (PCRA) last month to get the charges withdrawn or dismissed voluntarily. If that does not happen, the legal team will seek a new trial altogether. Rolling out spoke exclusively with veteran defense attorney Joe Tacopina about how Philadelphia’s native son is doing behind bars, inappropriate conversations the judge on the case had with Meek and Nicki Minaj, and how the new developments could set Meek free.

The now-retired detective Reginald V. Graham was on a list of cops who violated legal code and conduct. How does that change the landscape of the case?
It changes it dramatically. It shows that the court in his original case is rotten and we’ve been saying that all along. Meek has been saying that since he was a teenager when he got arrested and brutalized by this guy. This cop had multiple complaints for excessive force for beating his defendants that he was arresting into oblivion and Meek was knocked unconscious. He has one of his braids pulled out of his head where he still has a scar. He was brutalized by an abusing cop who turned out also to not only be an abusing cop, but a lying cop, and a perjurious cop and a cop who is rotten to his core which, when you look at his case, it all relied on Graham and his testimony. The search warrant, the actual arrest, the testimony in court, was all Graham. A cop who was on the district attorney’s secret little list which obviously, the district attorney shouldn’t have had, and I’m talking about not this current district attorney but the district attorney who’s now in jail for federal corruption.

The whole basis he’s been on probation for 10 years, which is unheard of, is because of this arrest, which, to this day Meek says was false. He never possessed drugs. He never pointed a gun at cops.  But they were relying on this cop who is a liar. He was indicted by the federal government. This case is absolutely mind-boggling from start to finish. From the arrest itself to the beating that he suffered at the hands of this brutalizing officer to the abuse this judge bestowed on him. it’s just a real example of how the system could be defective.

Tell us about the inappropriate conversations Judge Genece Brinkley had with Meek.
First, she said she wanted to speak to Meek in the back with Nicki Minaj at the end of the proceedings and she wanted it off the record and just the two of them alone.

They had this meeting where Meek and Nicki came out and said to five different people that the judge actually asked Meek for a favor. Which of course is completely improper, unethical, inappropriate, for a judge to do sitting in judgment. So she puts them in a position where if they say no, like Meek did, then you have to now wonder if that’s a motive for her now to become harsh on him. She asked them to remake a song, a particular Boyz II Men song and give her a sort of praise, a shout out as she said, and Meek and Nicki were laughing. They thought it was a joke and she said I’m not kidding I’m serious. Meek said I can’t do that, I don’t do that stuff. She said suit yourself. Sounds like someone who’s basically, making a threat.

How is Meek doing physically, spiritually, mentally, and emotionally right now?
Physically he’s fine. Spiritually he’s completely fine. Mentally he’s strong. I mean you know he knows that there’s a massive light at the end of the tunnel and he believes that something good will come of this. Either way, obviously there’s been national attention brought on his case which he hopes will lead to a real deep look at the abuses in the system and particularly with probation how you could have people who have not committed a criminal offense like Meek who had a technical violation be incarcerated for two to four years which is obviously unjust and quite frankly unheard of. Which is why both the prosecutor and the probation officer opposed jail time. They asked for no jail time, but you know it shines a light on the defects in our system, particularly with probation and violation of probation that are technical.

He’s in an 8- by 9-foot cell for the most part of the day eating food that’s not really edible for non-human living species so it’s not easy but you know he’s a got a great attitude in general regarding life and he’s kept his head up.

How hopeful are you that the case could be tossed out?
Very optimistic. There’s nothing about Meek’s case that is just. From the arrest to the two-to-four-year sentence, to him being on probation for 10 years, to the judge asking him to do certain things of a personal nature, nothing about his case is just and I’m very very confident that this perversion of justice will be rectified and will be corrected. I’m very confident and I’m confident that it will happen very soon. And we won’t let up until it does.