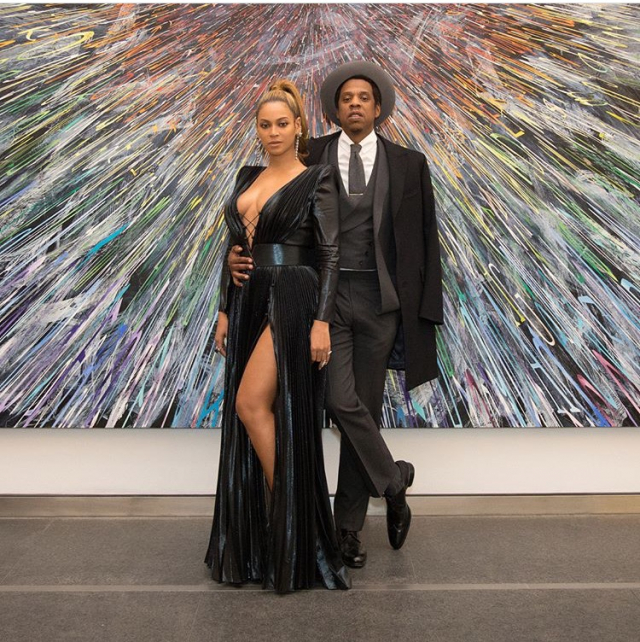 The superstar couple will hit the road together later this year for a number of concerts and the 36-year-old singer’s stepfather, Richard Lawson, expects the pair to show their vulnerable sides during the On the Run II gigs after working hard to rebuild their marriage following a string of problems, including allegations the 48-year-old rapper had been unfaithful.

He told People Now: “Well, look at what they’ve been through in the last couple of years in terms of the things that they’ve confronted and the way that they’ve put it into art, this is gonna be really a culmination of their growth and their ability to really confront the hard subjects and the hard issues.”

Lawson — who married the “Formation” singer’s mother, Tina Knowles, in 2015 — praised Beyoncé for her caring and creative nature and teased she has a “big, big, big, big vision” for her work.

He gushed: “Beyoncé is one of the sweetest people in the world, she’s still 16 years old at her heart — she still laughs like a 16-year-old.

“She has more care and more concern and more love for humanity, she has more integrity, she’s a creative soul, she has a big, big, big, big, big vision about how to do things. She’s always moving the needle. I cannot tell you how proud I am of her and just how much I appreciate knowing such a large spirit. She’s an incredible human being.”

But despite being two of the most famous stars in the world, Lawson admitted it’s the couple’s oldest daughter, 6-year-old Blue Ivy — who has younger twin siblings, Sir and Rumi, 10 months — who rules the household.

“They have two new children and then there’s an evolving young lady, Blue, who’s 6, who is evolving herself and she runs the world,” Lawson said.


Posted in Music and tagged Beyonce, blue ivy, jayz, on the run, twins