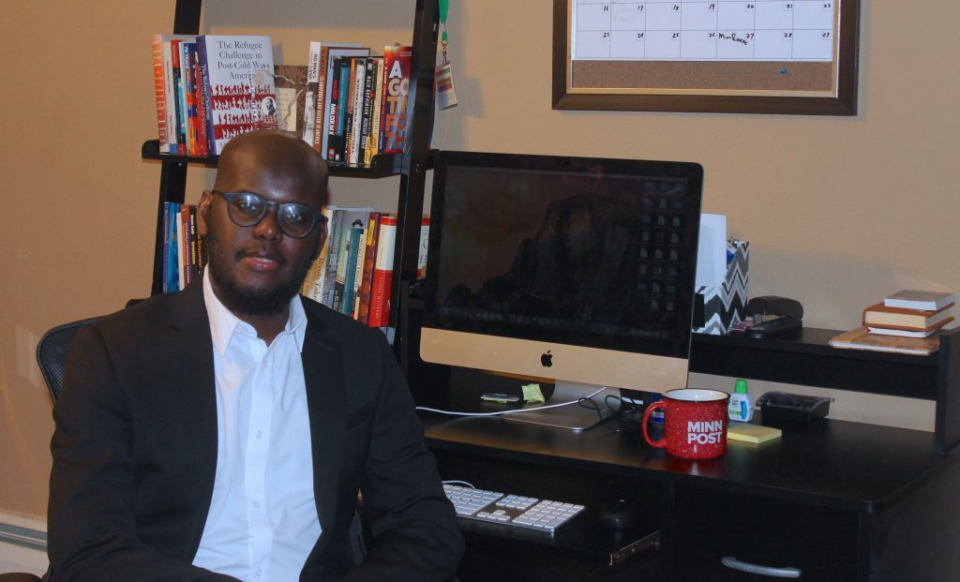 Ibrahim Hirsi is a dedicated staff writer at MinnPost who strives to give a voice to the voiceless. It is his responsibility to cover workforce and immigration issues in the Twin Cities metro area. Before joining MinnPost, he worked for the Twin Cities Daily Planet and St. Cloud Times. He embarked on his journalism career in 2006 and has been focusing on the challenges of marginalized people. For his work in the community, he was presented the 2018 MLK Commitment to Service Award this past January at the MLK Day celebration in St. Paul, Minnesota. Here, he shares his devotion to journalism and changing the way people view the media.

What is your company’s mission?

MinnPost is a nonprofit, nonpartisan news organization that was established in 2007. Its mission, as noted on its website, is to “provide high-quality journalism for people who care about Minnesota.”

I’m responsible for writing stories about workforce and immigration issues in the Twin Cities metro area. Each day is excitingly different. Some days, I spend most of the time either setting up interviews with sources or meeting them for interviews. Some days, I’m busy researching, writing and rewriting stories. Other days, I’m doing all of the above at the same time. When I’m not reporting or writing, I’m reading local and national news stories to see what’s happening in the world. I especially pay close attention to what other journalists are saying about workforce and immigration issues in Minnesota and nationwide. In addition, I often appear on local radio stations or speak at community events and conferences about my work covering employment and immigration issues in the state.

I don’t think there’s a better job than being a reporter. We get paid to discover new things, meet interesting people and then write about them. Beyond that, it’s a privilege to be able to be a voice for those who are often underrepresented and misrepresented in the media.

I knew from a young age that I wanted to be a writer. I started writing for my high school newspaper, then for my college newspaper. But, since the U.S. economy was a mess when I graduated from college in 2011, I wasn’t able to land my dream job as a full-time staff writer right away. That kind of disappointed me, but quitting wasn’t an option. So, I picked up communications jobs here and there during the day to make ends meet. At night and on the weekend, I wrote for multiple news organizations as a freelance reporter until I earned a spot at MinnPost a little over two years ago.

Describe the voice of success that you hear in your head.

I don’t really think much about success or failure. You’re successful when you’re content with who you are and what you have, while staying true to yourself and to your values, despite what others say or think of you.

Community success based on what you do in the community means what to you?

My main goal in my career is to do service journalism, which to me means not just informing the public about what’s happening around them, but highlighting possible solutions to the problems raised in certain stories. My job ends there. Beyond that, it’s up to those with influence to change policies or practices based on my work.

Does technology play a role in your daily life?

Yes, I’m on iPhone, Mac, HP, Kindle, Google, Gmail, Facebook, Twitter and YouTube all the time. In fact, 100 percent of my work depends on using some sort of technology. I wouldn’t be able to do my job without it.

I may sound like Martin Luther King Jr. here, but I would create a justice system that works for everyone.

I need to be a little more generous with my time to help others, especially young people who are trying to get into journalism.