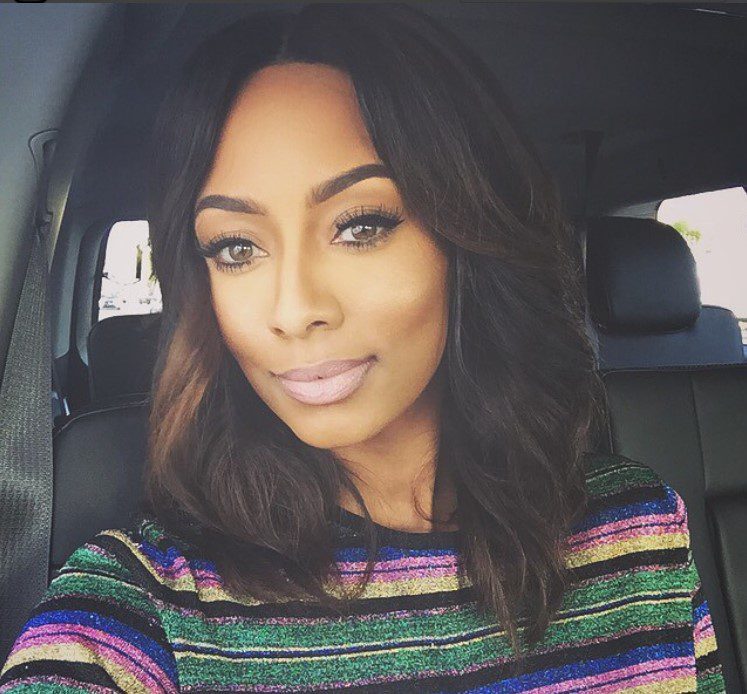 Some people have become convinced that R&B singer Keri Hilson either has a predilection for masochism or she is extremely tone deaf. The “Pretty Girls Rock” songstress took note on Twitter of “how White men” stay in her Instagram DMs and that she wasn’t aware that they were feeling her like that.

😂 Wait…white guys like booties? I mean mine’s just a cute lil tush. But white guys? Speak on it. https://t.co/wmlkupQjts

The tide turned when, as a Black man tried to flirt with her, Hilson insinuated she is only here for White men. And that’s when all hell broke loose.

I glanced thru DM requests on IG for the first time in months 🧐, and my biggest takeaway is this: Since when did white men start diggin’ the kid? …🤔

Hilson, who has long been one of Twitter’s favorite targets along with the likes of rapper Bow Wow, seems to set herself up for social media maulings on the regular.

Whether she was trolling her fans, making innocent banter or being a provocateur, Hilson should know from experience that Black Twitter takes what she says (and does) literally. And they let her know what they thought about her alleged sentiments about wanting only White men:

Because you can’t keep a black one RT @KeriHilson: This is for white boys rn. Come back later ✊🏿 https://t.co/bRPpjvN2Ah

Sometimes it just doesnt work out or the men you choose, who you settle for which is your fault or you just ain’t shit so men figure that out and don’t want you!! Fix yourself. Race has nothing to do with it#KeriHilson

White man won’t love you like I do, baby girl @KeriHilson 💙

I don’t understand people with this logic. I think it’s attention whoring and desperation honestly. I have had failed relationships and never ever thought black men were the problem! #KeriHilson

The pummeling of Hilson became so severe, the “Knock You Down” singer had to quickly climb back on Twitter and alert her followers and critics that she was just joking. But first, she had to withstand a torrential downpour of hate before she could even get a word in.

Plz get MAGA Hilson off my TL

Me when I see @KeriHilson say she looking for white dudes now😘 pic.twitter.com/fRh7vg5sAW

@KeriHilson what if you talk to me and just imagine me as white? pic.twitter.com/AFh1fbBXq0

😒😒😒 RT @KeriHilson: This is for white boys rn. Come back later ✊🏿https://t.co/Vj4TKXX4WXpic.twitter.com/qrZxkocXLU

After being eviscerated, Hilson tried to gather herself up and shut down the hate. Check out how she responded after the flip: