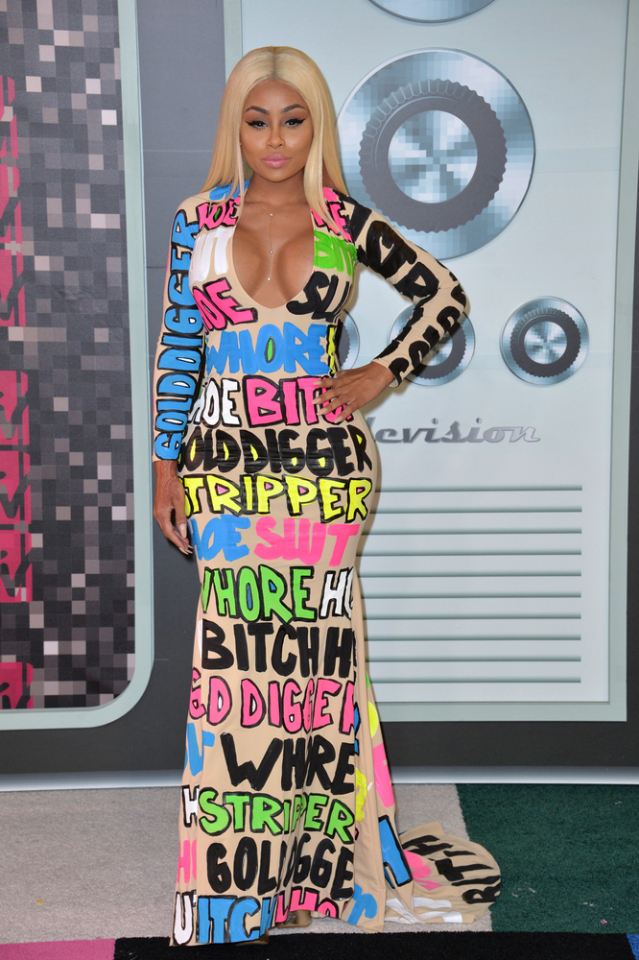 Blac Chyna is reportedly expecting a child with teen rapper boyfriend YBN Almighty Jay. The 29-year-old star began a relationship with the 18-year-old rapper in February after they met on dating app Christian Mingle, and it has now been claimed that she is expecting his baby. According to MTO News, Chyna and Jay stepped out of LAX airport over the weekend showing off what appeared to be a small baby bump, sparking speculation she is pregnant for the third time.

The ‘Rob and Chyna’ star is already mother to 17-month-old daughter Dream with ex Rob Kardashian and five-year-old son King from her relationship with Tyga. The report comes after YBN Almighty Jay- whose real name is Jay Bradley – said in an interview with podcast ‘No Jumper’ in March he wouldn’t sleep with someone he didn’t want to get pregnant. He said: “I don’t wear condoms… I would not want to f**k a b**ch I did not want to get pregnant.
“If Chyna got pregnant, I would keep that s**t like, ‘Ohh daddy love you…”
Neither Chyna or Jay have yet to comment on the speculation.
Meanwhile, Chyna has come under fire for posting a picture on social media of her toddler Dream wearing pink hair extensions.
Chyna told TMZ they were just “baby clips”, and every child has them. She eventually deleted the photograph following online criticism from trolls.
The star is also locked in a legal battle with members of Rob Kardashian’s famous family, after she claimed they had their reality show cancelled.
Court documents submitted by Chyna claims that the second season of the show began filming in early 2017, despite the paperwork having not been finished.
The lawsuit states: “Reality television thrives on colourful personalities engaging in conflict. If anything, the E! network saw more potential in a second season given the success of season one and the new, unpredictable co-parenting relationship between Chyna and Rob.” Chyna has also accused the ‘Keeping Up With the Kardashians’ stars of trying to destroy her career and “coming after” her after she split from Rob.