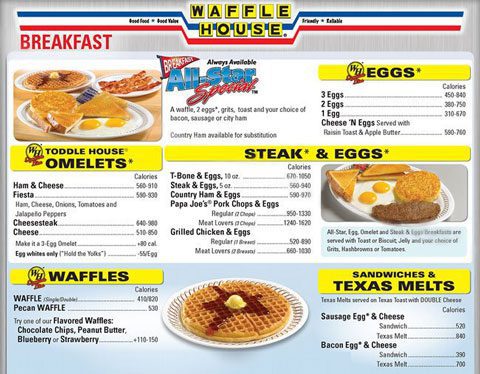 Now that Black Lives Matter organizers in Atlanta have called for n boycott of the 24-hour diner Waffle House chain, the popular eatery is all over social media. Surprisingly, many people who do not live in the Southeast have never even heard of Waffle House. However, in the South, everyone from truck drivers to musicians finishing a late night gig count on the food being hot and ready. These people also know that strange things can happen at a Waffle House late at night. Here are just a few stories about Waffle House that made the news in the past. Employees at the late night diner chain Waffle House have to deal with a lot of abuse. From unruly customers engaging in bizarre behavior too late night crowds, it’s not easy. But one waitress at a Waffle House in Dawsonville, Georgia, thought she had a plan to spark things up. She is accused of spiking her co-worker’s drink back on December 23, 2015, with methamphetamines. Click to read full story 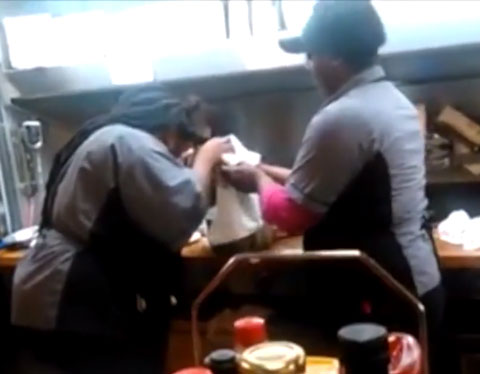 Many customers at Waffle House can see some strange things during the late night hours. Some customers at a Waffle House in Forrest City, Arkansas, were grossed out. A pot of hot water on the stove and a bothersome weave, two workers turned the cooking area into a hair salon. Click here for video A late night meal turned into an unwanted strip show and assault at a metro Atlanta Waffle House restaurant. Cobb County, Georgia, police say Jennifer Mary Nicholson was in an “excited delirium state” when she caused an outrageous scene. Nicholson became belligerent to everyone in the Waffle House and stripped naked in front of shocked diners. She punched a customer in the nose, breaking it, and started picking up the heavy Waffle House dishes and flinging them at people. Click to read full story A waitress at a Waffle House was killed in Biloxi, Mississippi. The waitress had requested that customer Johnny Max Mount, 45, stop smoking inside the restaurant. After a heated argument, Mount pulled out a 9mm pistol and shot the woman in the head. The 52-year-old waitress died a short time later at a local hospital. Click to read full story

A Black man with a gun permit is attacked by racist thugs at Waffle House. Click here for video

Online date for hookup leads to waffles and bullet to face

Using social media is a popular way to meet people for casual hookups. But for one metro Atlanta woman, it was the worst mistake of her life. The woman was on the dating website badoo.com where she met a man who identified himself by the name Cash. She decided to meet Cash in a public setting at a Waffle House restaurant for their first date. But by the end of the night, she almost ended up scattered, robbed and shot in the face by her date. Click to read full story