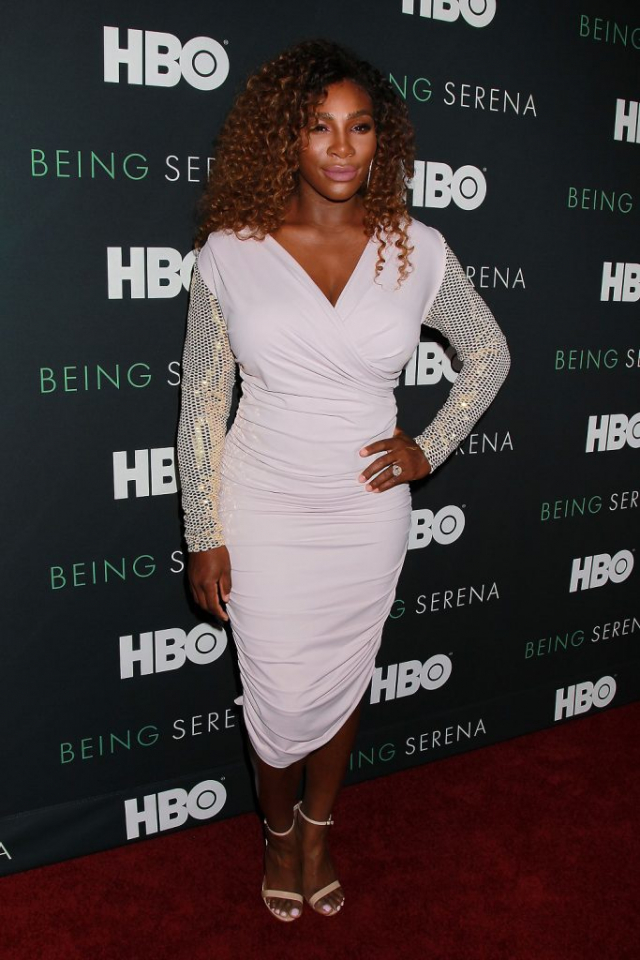 Serena Williams has dominated the world of tennis since the mid-1990s, winning 23 Grand Slam singles titles on her way to becoming one of the greatest athletes ever, male or female. But although Williams has been a star in the public eye for over two decades, she has kept her private life just that. Now, Williams gives fans unprecedented access to her personal life in the HBO Sports documentary series “Being Serena.”

In the first two episodes of the five-part docu-series, Williams takes viewers on a journey beginning with her decision to compete in the 2017 Australian Open despite being pregnant. She defeated her sister Venus in the final to win her 23rd Grand Slam title, then announced to the world her pregnancy.

The series then chronicles her third trimester, allowing us to experience the ups and downs of her pregnancy, including intimate doctor’s visits and complications during her pregnancy that led to life-threatening surgery, showing family members by her side each step of the way.

The first two episodes, titled “Fear” and “Strength” show Williams’ husband, Alexis Ohanian, by her side and gives viewers insight on how their relationship works. We also she her interact with her parents, Richard Williams and Oracene Price, and also her sisters Venus Williams and Isha Price.

Eventually, through the HBO Sports team, we are able to see Williams lay her eyes on her beautiful daughter, Alexis Olympia Ohanian, for the first time on Sept. 1, 2017. Through the eyes of the cameras, we get to experience Williams at her strongest and at her most vulnerable. This is truly a side of Williams that we have never seen. Viewers even experience Williams singing to her daughter. (Her good friend Beyoncé is not in any danger of Williams challenging her place on the throne.)

Though I have not seen the last three episodes, it appears that the third episode takes us to Serena’s wedding to Ohanian on Nov. 16, 2017.

But don’t take my word for it, hear what the Queen of tennis, Serena Williams has to say about the five-part docu-series “Being Serena”, which debuts Wed., May 2, 2018, and airs weekly only on HBO: https://www.youtube.com/watch?v=6IEGDJT0LTw&feature=youtu.be