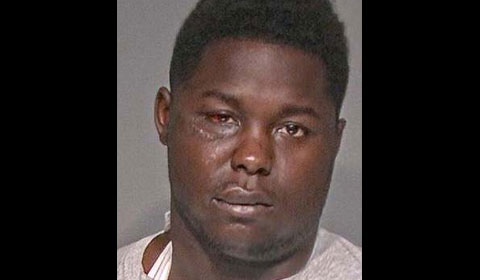 There is a video making the rounds on social media that shows a mentally ill Milwaukee man taking on six cops. Police say that they received a report about a man who kicked a door in at a residence. When officers responded to the call, they spotted Demetrious Lowe, 25, walking down the street bleeding.

The responding officer ordered Lowe to stop but he kept advancing. As other officers arrived they attempted to violently take him down. During the violent struggle, Lowe suffered multiple broken bones and bruises. The officers did not escape injury either; one suffered a broken bone in his face and others sustained multiple bruises.

Lowe’s family felt the police did not handle this encounter correctly and called for an investigation. According to the Milwaukee police, three officers have been placed on administrative leave with a fourth officer also suspended as the family questions whether proper police protocol was followed during the incident.

The NSFW video can be viewed below: