While feminism and the grassroots #MeToo organization have experienced surges in participation and awareness, the Trump administration could potentially deliver a swift blow to women’s rights with a potential rule to be voted on regarding abortion.

The rule could potentially restrict where federal monies are allocated with respect to abortion. The aim is to separate abortions from federal family funding, as this administration has long desired to gradually decrease funding for abortions.

Planned Parenthood, which many believe this new rule is aimed at, has found itself in hot water in recent years for various videos that have shown employees who have allegedly held conversations with people via phone and in person regarding the sale of baby parts, what happens to aborted fetuses, and how to fund an abortion for a particular race of child, with the latter being extremely problematic.

While not much is known about this new rule the Trump administration could potentially put in place, it’s worth noting that there is already a rule in place that vaguely discusses this topic of not using federal dollars to fund abortions; however, this new rule would further require that abortions be performed in a separate clinic or building altogether and by different employees.

In a statement to CNN, a Trump administration official stated, “This proposal does not necessarily defund Planned Parenthood, as long as they’re willing to disentangle taxpayer funds from abortion as a method of family planning, which is required by the Title X law…any grantees that perform, support, or refer for abortion have a choice — disentangle themselves from abortion or fund their activities with privately raised funds.”

As the nation grows more tolerant and progressive, the impact that this potential rule will have will undoubtedly be cause for great discussion. 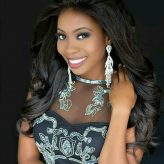