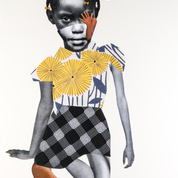 The idea of colorism, similar to racism, creates a hierarchy solely hinged on the hue of someone’s skin, which we all know is largely determined by genetics and the amount of melanin coursing through a person’s body. While the colorism debate and epidemic affects nearly every single country with people of color or brown skinned people, the debate is most often discussed amongst the African American community in the United States.

The idea of “light-skinned” and “dark-skinned” became a phenomenon back in the days of American slavery where lighter skinned slaves were promoted to be overseers or in the house to stick close to the “massa” and keep a watch over the other, darker skinned slaves. The slave-master, either knowingly or unknowingly, created this chasm between African Americans that is so wide and so pervasive that it persists even to this day. Disdain and resentment must have quickly set in once “field slaves” began to notice how the “house slaves” were treated differently than they were by not only the slave-master but everyone.

Today’s beauty standards, and even those of antiquity, have always favored the lighter skinned hue. One need only to take a look at TV for a few minutes before taking note of the subtle ways that we are conditioned to believe that certain attributes, including hair, eye color, height, level of attractiveness, and skin color can effectively determine your value and worth in the eyes of the world.

Bringing this heavy topic to the mainstream, Deborah Roberts, unashamedly tackled it in her #EvolutionOfMimi artwork which recently exhibited in the Spelman College and Museum of Fine Art. The exhibition featured a series of think-pieces that nudge the viewer to think deeply about their own preconceived notions, misguided thoughts, and implicit bias. The exhibition includes collages, hand-painted serigraphs of names that sound stereotypically “black,” and other fine pieces. Interestingly enough, the idea behind her newest exhibit is one that has been in the works since 2011 and is a beautiful blend of The Miseducation of Lauryn Hill and The Emancipation of Mimi. Roberts marveled at how even though the ladies were able to portray themselves as such strong figures of female empowerment, it was also juxtaposed against a certain level of femininity and vulnerability.

While none of Roberts’ work find a singular meaning, which is one of the most interesting things about art in general, her exhibit is one that every person, no matter their hue, race or socioeconomic background should go visit to test their own thoughts surrounding the topic of colorism.