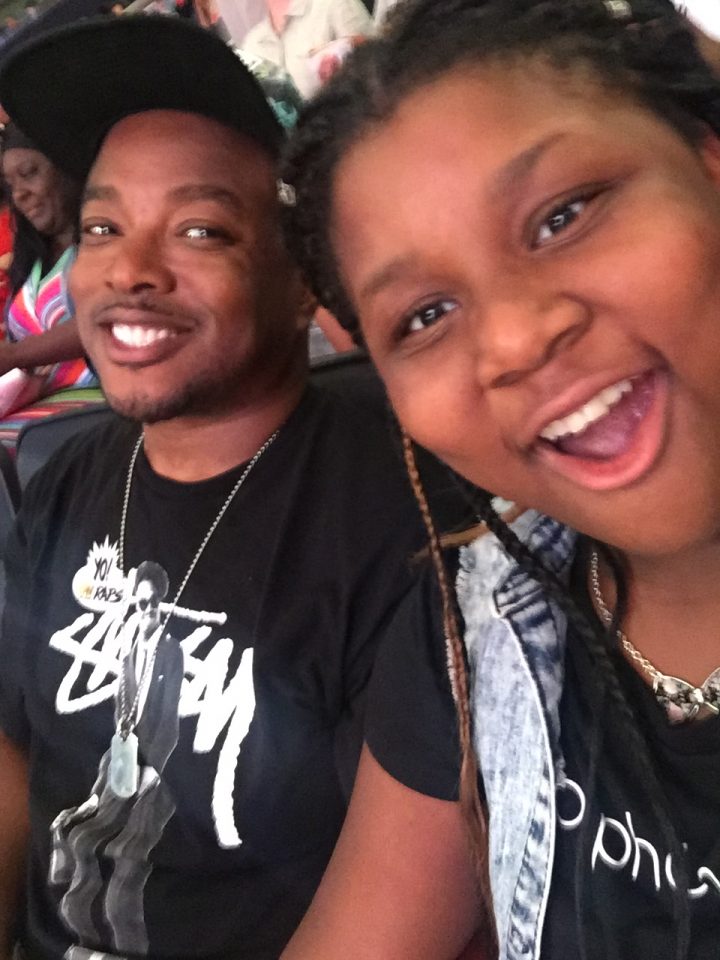 Chuck “Jigsaw” Creekmur, co-founder and co-CEO of AllHipHop.com has amassed respect as a thought leader, trendsetter and journalism trailblazer in the Hip-Hop and entertainment industry. By creating a unique path in internet content curation, distribution, and technology for nearly two decades, he has directed one of the most successful and respected sources of urban culture news and information in the world. Along with being a driving force in music media, his passion and endeavors as a mentor and public speaker continue to grow nationally.

After graduating from The University of Delaware, Creekmur launched his own online based editorial site called Tantrum Magazine and after restarting an alternative African-American newspaper at the University of Delaware, he moved to New York City where he served as a music news producer for BET.com, as well as freelance writing for several publications including VIBE, The Source, and Complex. Chuck has interviewed notable entertainers and pop culture figures including Shaq, LL Cool J, Jamie Foxx, Floyd Mayweather, Jr., Queen Latifah, Ice-T, Jay-Z, Snoop Dogg, Nick Cannon, Denzel Washington, Viola Davis, Mekhi Phifer, Drake, Common, Ludacris, Kendrick Lamar, T.I. and numerous others

Creekmur takes pride in being an innovator, who is constantly ahead of the curve and found those same attributes in his soon-to-be business partner, Greg “Grouchy” Watkins, who attended Glasgow High School with him in Delaware. After reconnecting with they united to make history creating AllHipHop.com, the first Black-owned source for Hip-Hop news and culture on the Internet.

The creation of AllHipHop.com established a precedent with daily content updates and wireless distribution, and now 20 years later the business has expanded beyond music into a dynamic lifestyle platform.

I am leaving a legacy of integrity, hard word, dedication and community to my daughter and community. Also, I would like to believe that my company serves as a living example that dreams come true if you are fiercely committed to them through discipline, love and passion. And education.

How would you describe your Fatherhood culture?

I like to think that I have broken some traditions and maintained some of my “fatherhood culture.” I try to maintain a closer relationship to my daughter that is more akin to friendship than my father and mother had with my brother and I. I think this is partially because I am a big kid myself. I still love comic books, Hip-Hop and having fun. I enjoy being creative, which I live as a father. I think that makes my daughter a bit of a partner in crime. She helped me prank my mother for April Fools this year. On the other side, I believe I am like my own father, somewhat strict. I really demand excellence and insist that my daughter do her best. I don’t tolerate disrespect well. But, what we are able to do is talk about it more, mostly when we are in a cool, calm space. I think the days of “talking at” your kids are over. You almost have to be a friend, parent and shrink.

This depends on the age of the child. If they are  teens, The 7 Habits of Highly Effective Teens or, for fun, Marvelous World by Troy CLE. Hugo was a great book that my daughter and I read together.

As a father and a life coach, describe your playbook. I am the Owner, Coach and the Quarterback. She is the player that runs the routes. At time, she has some input on the plays, especially if it deals with school (since her classes are harder than I can help with). Most times, we are good, but if a certain play doesn’t work, we talk about it and run another. We are definitely about making it to the end zone, so to speak.

I an truthfully say that very little else matters if my daughter isn’t good. This means, money, acclaim and other matters are insignificant. Some fathers are ok with their kids missing them or being gone for long periods of time, but I’m not. If I had to pinpoint a specific instance, I would say that I saved my daughter from dying when she was very young. She choked on a quarter. My response time was incredibly fast. Things were moving in slow motion and fast at the same time. I knew I would and could do anything for my daughter, but right then, I realized I was also a hero to her. She would write about it later. We still have that quarter.

What insightful advice would you suggest about building a network? I think you need a network of people, because as the old adage says “It takes a village to raise a child.” I have not been the best at this, because of my inherent distrust of people and other factors. But I do have a small network of people that are able to watch my daughter or we support each other in their various sports and academic endeavors. I just think you have to build up real relationships with other parents that have similar values and similar kids as well. I don’t try doing this with people that are not in line with our values or if there is no trust there.

My parents migrated to an area that was almost all white. We encountered quite a bit of racism and what today would be considered bullying. Back then you fought your bullies. But we had a special situation that required backup. And my dad was the back up. I cannot remember the situation, but I think 2 or more kids were trying to fight me. And my brother was younger. Either way, we needed help. So, we got my dad. And I remember it clearly. The other boys said, “We’re going to get our dad!” And my dad said, “Go get your damn dad.” And we waited and waited and waited in the middle of the street. They never came. It was a huge proud moment for me as a kid.

Why is writing down your fatherhood goals for life so important?

Share your most valued and treasured fatherhood goal. I keep all my goal written in the bathroom window in my bedroom. I look at it everyday. I am consistently reminded of the goals that I have set out for my daughter and then reminded that we have accomplished most of what we set out to do. What we did not get to, we will take on this summer. Most of what we didn’t complete involves business ventures that she expressed interest in starting. We’ll get that going before she goes back to school in September.