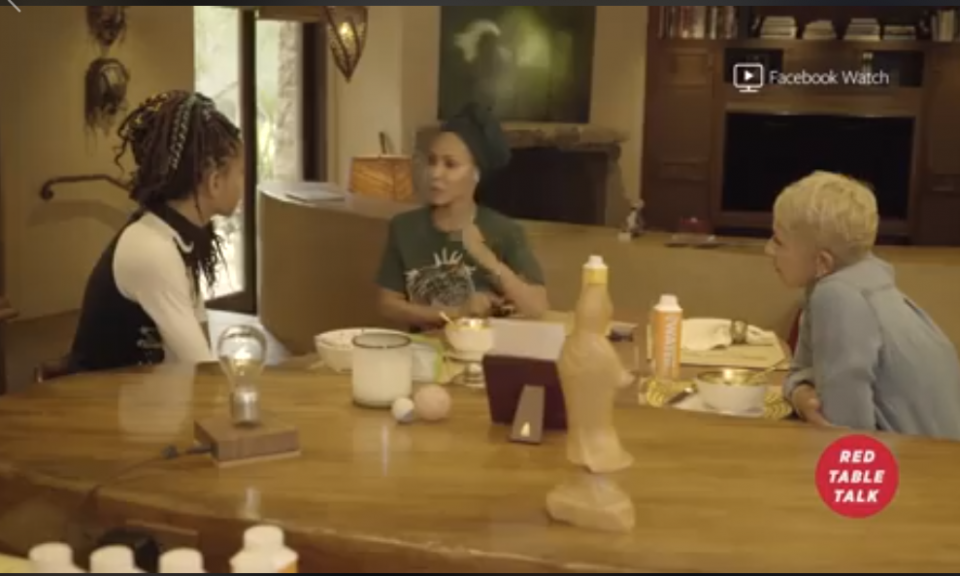 Jada Pinkett Smith is fearlessly candid and shameless. She has been baring all on her popular Facebook Watch show “Red Table Talk.” And we do mean everything.

The 46-year-old Hollywood star said she just got herself a “new” vagina and she couldn’t contain her excitement about sharing the good news of her reconstructed anatomical parts.

The wife of Hollywood power player Will Smith did not get an entirely new vagina, of course, but rather she did undergo vaginal rejuvenation to help treat bladder incontinence and its appearance.

Pinkett Smith told her vast audience as well as her mother, Adrienne Banfield-Jones, that ever since giving birth to her two children, Willow and Jaden Smith, she has had bladder issues that negatively affected her everyday life.

After having only three treatments for vaginal rejuvenation, Jada stated that her bladder issues have completely diminished. The mother of two loves the new way her new vagina looks and feels.

“When I tell you my yoni is like a 16-year-old, I’m not kidding,” she exclaimed like an excited teenager who got a new car for her birthday. “It looks like a little beautiful peach.”

Kelly Rainey Smith, the founder of the Vitality Institute of Agoura where Pinkett-Smith and her mother visited, further explained why women get vaginal rejuvenation and how the procedure works.

“[The procedure] introduces heat which stimulates cellular turnover. Which makes you feel younger again and it gets tighter and nicer and functions like it did when we were back in our 20s,” Rainey Smith said.

Rainey Smith also explained that many women get this procedure done to address bladder incontinence, vaginal dryness, and, yes, the appearance of the organ itself.