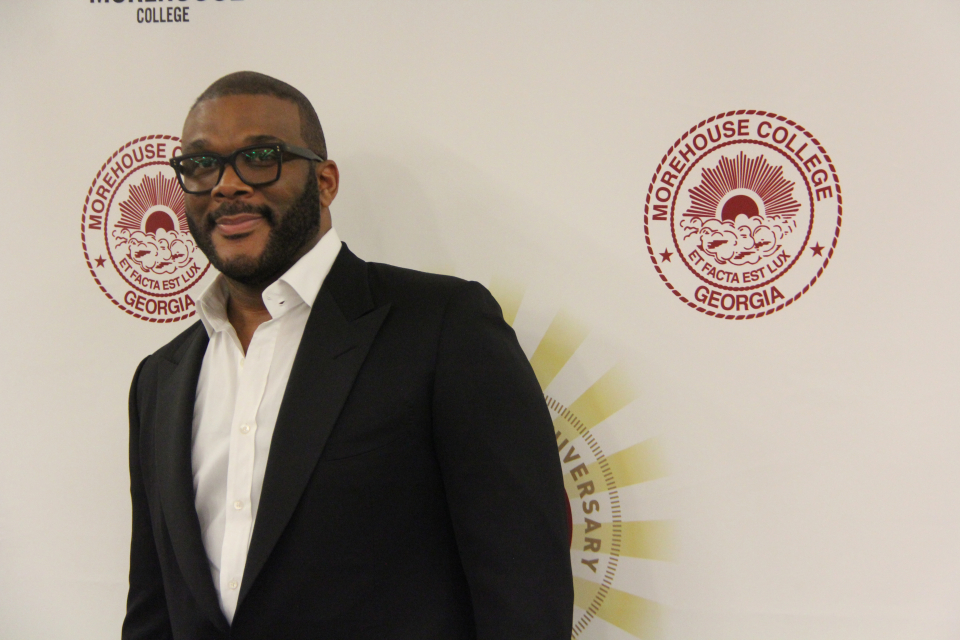 Tiffany Haddish told the world earlier this year what her dream car is. It turns out that someone was paying close attention to her wish — someone with very deep pockets.

Tyler Perry, the world-famous movie mogul and owner of Tyler Perry Studios, bought the Girls Trip actress a brand-new Tesla luxury sports car that she raved about several months ago on her Instagram account.

Haddish, 38, revealed on IG that Perry, 48, shocked her via a selfie video last week that he had purchased the wondrous whip and that all she had to do was go scoop it up. The two superstars worked together in the soon-to-be-released film Nobody’s Fool. Haddish plays a recently released inmate who is ready to uncover the identity of the guy catfishing her sister.

So I got this message from my friend and Big Brother @tylerperry a week ago. When I tell you I cried so hard. I almost couldn’t believe it. 1st off a man has never bought me a car out right. I have always had to make payments. This was just out the kindness of his heart And probably tired of me talking about it all the time and I didn’t have to do anything for it but a Great job in our New Movie Nobody’s Fool. Thank God for kind people that want to spread happiness. I am now on my way to see if this is Really! Cause I am still waiting on the one @theellenshow said they would let me use for a week. #sheready #Tesla #Nobody’sFool #thelastblackunicorn

The gift from Perry comes as a welcome distraction for Haddish during a turbulent time in her life. The South Central Los Angeles native is embroiled in legal drama from her ex-husband William Stewart. He has filed a $1M defamation suit accusing Haddish of besmirching his name through the alleged lies she wrote in her New York Times best-selling memoir, The Last Black Unicorn.

In Perry’s video, the director of Acrimony and Boo! A Madea Halloween applauded Haddish for coming correctly in their film together.

“I wanted to give this to you and say you deserve it and I’m excited for you and all that’s going on,” Perry said. “Love you, Tiffany. Proud of you, girl. It’s all yours, here in L.A. waiting for you.”

Haddish, who also co-stars in the hit TV comedy alongside comic Tracy Morgan, “The Last O.G.,” said in her IG post that she “cried so hard,” after seeing Perry’s video.

“I almost couldn’t believe it,” she said. “[First] off, a man has never bought me a car outright. I have always had to make payments. This was just out the kindness of his heart.”

Of course, she also half-joked that Perry was “probably tired of me talking about it all of the time and I didn’t have to do anything for it but a Great Job in our new movie, Nobody’s Fool.

“Thank God for kind people that want to spread happiness.”