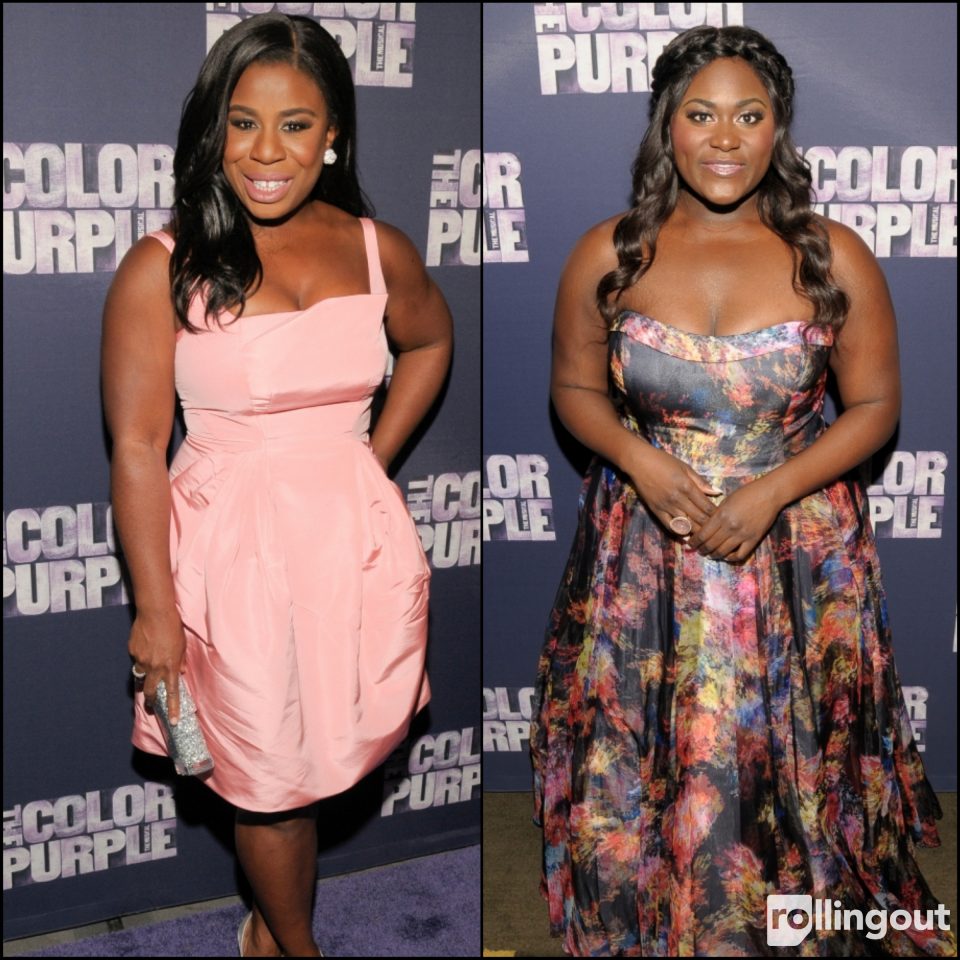 The Netflix original series “Orange Is The New Black” returns Friday, July 27, for season six. The show’s creators are keeping mum on the juicy details, but they will say the prisoners can expect a whole new orange world on the cellblock.

If you’ve been living under a rock for the past few years and never seen an episode of the prison dramedy, it is based on the 2011 memoir with the same title written by Piper Kerman, who was convicted of felony money-laundering charges and sentenced to fifteen months in a federal women’s correctional facility.

The critically acclaimed dramedy follows Piper Chapman (played by actress Taylor Schilling) as she adjusts to life behind bars and the strange and unusual inmates she meets and befriends there.

Rolling out had an opportunity to speak with two award-winning actresses starring in the series — Uzo Aduba, who plays Suzanne “Crazy Eyes” Warren, and Danielle Brooks, who plays Tasha “Taystee” Jefferson — about the new season, everyday life and leaving a legacy.

Aduba: In the case of Suzanne, I think there’s been growth with her from … almost like a toddler when it comes to love and feeling like she is always seeking it outside of herself and looking to find someone either to belong to or to love or [who] will love her. We watched her go from that space to really seeking it for herself and finding it for herself and really maturing in that way, which has been exciting to play and to see.

Brooks: For me, Taystee’s definitely taken an incredible journey. Taystee’s sort of been like the moral compass of the show in a lot of ways and has really started out being the joy in the midst of the rain, the sun in the midst of a storm — always finding laughter in her pain. To then transition to seeing her lose: from not having a mother; to losing her Vee, who was kind of her fake mother; to losing Poussey; to losing the fight for justice; to even finding her voice in those moments; to finding out who she really is and growing up as a woman in jail and finding her purpose in life; to now sort of debating is life worth living. So, I think that’s where we end up with Taystee: Does she still have any fight left for herself now?

Do you relate to your characters in real life?

Brooks: I think I relate to Taystee in a lot of ways, especially in the beginning of the season. From season 1, I definitely started out as someone who really just tried to find joy within my own pain, but [I] was also on a search for finding my own voice in this industry. I think as she has grown so have I in a lot of ways. And the thing that is always relatable — and why I think a lot of people relate to the show — is that [with] these women, you really get to see how we as human beings are so much [more] alike than we are different. We all hurt the same, we all cry and love hard, and we all have those same human feelings, regardless of if we’ve been incarcerated or not. I think that’s how I relate to her, and I think that’s why a lot of other people relate to all of these characters because they see themselves within these characters.

Aduba: I understand where her feelings come from, and I can connect with this want and her search for love. I felt that way before in my life, and I pursued love with, … well, maybe not pursued love with the same aggression [as Suzanne], but I pursued love in my life and I understand that. I even understand growing into the space of no longer chasing outside of myself, but [rather] standing solidly within myself, and even not trying to aim to please, or prove, or validate, or be validated by anybody else. I can connect with those aspects of Suzanne’s journey for sure.

Being the beautiful, strong, Black women you are, if you had a choice, what would your superpower be?

Brooks: That’s a good one. I’d say mine would be speaking every language.

Right now, what three artists are on each of your music playlists?

Brooks: My playlist consists of Jonathan McReynolds, H.E.R, and there’s a song “How Deep I Your Love” by Calvin Harris I’ve been obsessed with.

Last question: What would be your message to young women in today’s society?

Aduba: My lesson to women in today’s society would be to know your worth, know your value [and] never, ever, ever underappreciate it. Know that what you produce and bring to the workplace [and] into this world is just as valuable as anybody else’s, and there is nothing wrong with being ambitious, smart or aggressively female. Our friend Terry uses that hashtag all the time, and I love it whenever I see it on her Instagram. There’s nothing wrong with that at all — to pursue your dreams and ambition with heart and gusto.

Brooks: And I would say don’t care too much about what people think about you. The thing that matters is what you think of yourself and getting to know who you are because you can’t always please people. You always disappoint somebody, so make sure that you are living for you and staying true to who you are and your morals and what you believe. Always work hard because there’s always somebody out there working harder than you. Push even harder than you think you need to. And don’t waste all your time trying to be something that you think the world wants you to be because it would be a waste of so many good years. To be in your 50s and [realize you’ve] been focusing in your 20s and 30s [on] how you look and how you wish your waist was smaller and how you wish you spoke differently. Just don’t waste that time focusing on things like that.

Aduba: I wanna lay on one other thing. This is a mantra my sister gave me, and I forgot: Don’t be afraid to say no because it always leads to yes.

Check out Aduba and Brooks in the “Orange Is The New Black” Season 6 trailer: