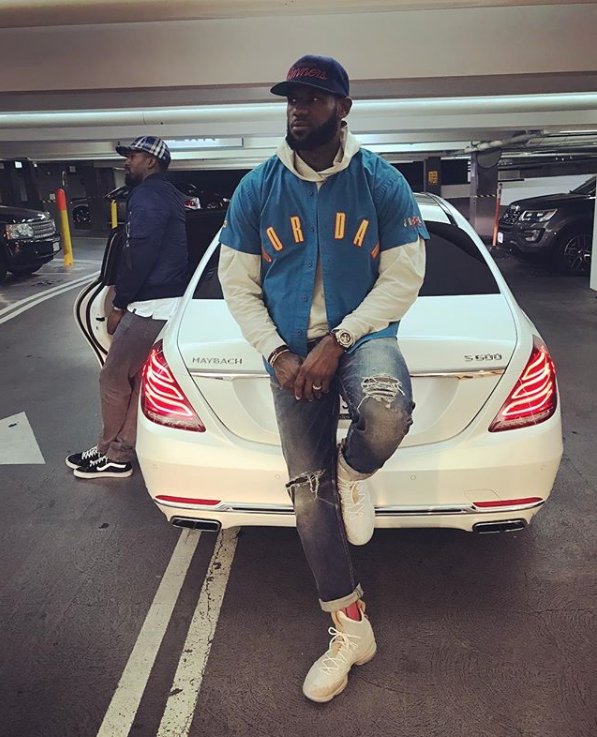 That the NBA’s biggest star is speaking out is not surprising or new. LeBron James is known for his sociopolitical expressions going back to when he inspired his former Miami Heat teammates to don hoodies in honor of Trayvon Martin’s murder.

Two teams and five years later, the Los Angeles Lakers’ newest star import, who also donned the “I Can’t Breathe” T-shirt in the aftermath of the chokehold death of Eric Garner, is calling out the 45th president of the United States for using the nation’s biggest sport as a tool to wedge a divide between demographics.

“What I’ve noticed over the past few months is he’s kinda used sports to kinda divide us, and that’s something that I can’t relate to,” James, 33, told CNN’s Don Lemon during a sit-down interview after Monday’s opening of his Akron, Ohio, school for troubled students.

The athlete, actor and movie producer is referencing Trump’s demagoguery at the infamous Alabama rally where he slammed the NFL, saying the owners should “fire the sons of b—–s” if they kneel during the national anthem.

“I can’t sit back and say nothing,” said James, who lists participating in youth athletics as one of the most inclusive experiences of his upbringing.

“Sports was the first time I was ever around someone white,” the four-time NBA MVP said. “I got an opportunity to see them and learn about them, and they got the opportunity to learn about me … And I was like, ‘Oh, wow, this is all because of sports.’ ”

James is doing more than talking or wearing shirts emblazoned with politically inspired messages. He said he is determined to give kids the kind of opportunities that eluded him growing up in the impoverished section of his northeast Ohio hometown.

“We want every kid that walks through this school to be inspired, to come … away with something, something where they can give back,” said James, who poured millions from his own pocket into the project. “For kids, in general, all they want to know is that someone cares. And when they walk through that door, I hope they know that someone cares.”

Check out the entire Don Lemon-Lebron James interview below. The portion that touches on the president happens at about the 5:30 mark.