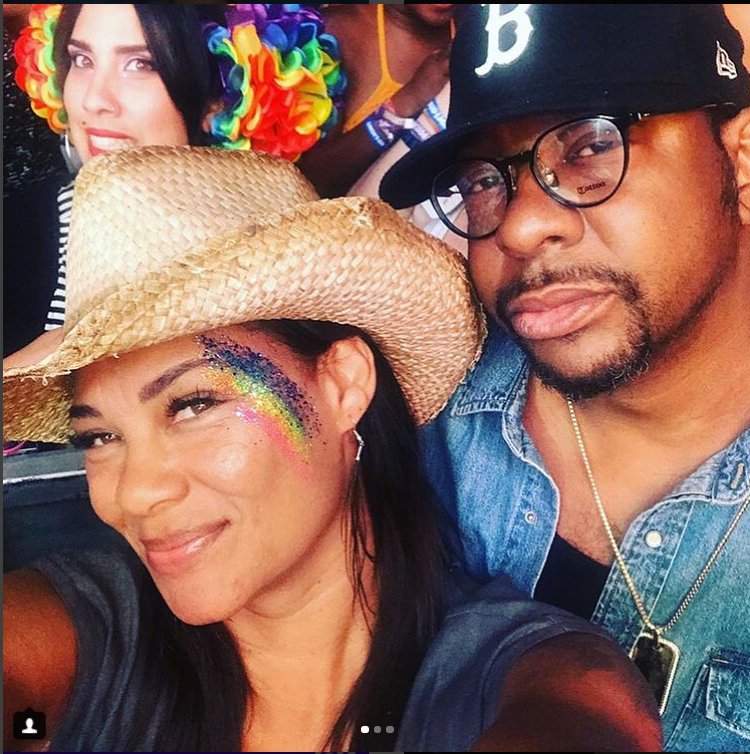 Directors and screenwriters often take liberties with the truth or overdramatize actual events in order to make them entertaining for viewing audiences.

In that same vein, sources say R&B bad boy Bobby Brown stretched the truth like a rubber band when it came to his alleged sexual relationship with Janet Jackson as portrayed in “The Bobby Brown Story.” In fact, according to inside sources, the “Roni” singer not only did not have sex with Janet, he was barely even able to put his hands on her.

Jackson’s and Brown’s careers paralleled back then as Janet had just stepped out from her big brother’s gargantuan Thriller shadow to soar on her own with the multiplatinum Control album. In that same time period, Brown rebounded from his ouster from New Edition to kill the game with the Don’t Be Cruel album juggernaut. Therefore, it is easy to see how their paths would intersect.

After BET’s “The Bobby Brown Story” hit the airwaves, folks were surprised that  Brown, 49, allegedly romanced Jackson, 52. According to the film that Brown approved of, he fell completely in love with Jackson, who brushes aside his relationship aspirations.

Sources, however, sources close to the situation tell TheJasmineBrand.com that Brown “highly exaggerated” his relationship with Janet and sex was not a part of it. In fact, the sources said that Janet would “consistently” repel Brown’s advances.

Brown was said to be infuriated that Jackson did not return the feelings that he had for the youngest member of the pop music dynasty.

The part in the movie where Brown purchased Janet a luxury Jaguar is said to be accurate. However, the situation did not go down the way it was portrayed in the miniseries.

According to the entertainment publication, Brown purchased the luxury whip and then drove to Jackson’s home, turning the music up loud to get her attention. Jackson made him leave. Strike one.

On another occasion, Brown also got Janet a puppy to try to win her affection, but that effort proved to be futile as well. Strike two.

As most Jackson fans later learned, Jackson previously eloped with a member of the DeBarge music family. The Jacksons were irate that she ran off with James DeBarge without first notifying her siblings or parents. That marriage only lasted from September 1984 to November of 1985. DeBarge also claimed, according to etonline, that the two had a secret daughter together.

Jackson, whom most would assume is aware of the highly rated miniseries “The Bobby Brown Story” as well as the social media noise surrounding their alleged relationship, has chosen to remain silent on the matter thus far.