Nas proved that he can still connect with a youthful audience more than 20 years after releasing his debut album, Illmatic. He was the headliner Saturday night, Sept. 8,  at the 2018 ONE Musicfest in Atlanta’s Central Park.

Nas took the stage shortly after 9 p.m. and took the crowd on a journey through his hip-hop career, performing hits from his elite discography. He also addressed his ongoing disagreements with his ex-wife Kelis. Two days before his performance at ONE Musicfest, Nas blasted Kelis in several scathing Instagram posts. Nas was apparently disturbed because he was told by a person at Essence magazine that Kelis spoke about him maliciously in an interview that is set to be released.

“Sometimes when sh– don’t work out, sh– can get ugly. That’s terrible sh–. If [a relationship] doesn’t work, live life. You move on,” Nas told the crowd during the middle of his set, addressing the situation for the first time since posting about his ex on his Instagram. He followed his statement by performing the break-up song, “Bye Baby.”

Beyond the personal drama, Nas stayed focused and delivered a performance that proved that he remains at the top of his game. With the cover of his latest album, Nasir, posted on a large LED screen behind him on stage, Nas opened his set with “Not for Radio.”  A drummer and DJ backed him as he performed a slew of classic hits, including “New York State of Mind,” a song that gives a bleak view of a young urban kid who is transformed by his environment, as well as “If I Ruled the World,” “Hate Me Now,” “Made You Look,” “Got Yourself a Gun” and “Nas is Like.”

While performing “One Love” from the critically acclaimed Illmatic album, Nas paid tribute to The Notorious B.I.G. by playing the instrumental to the late rapper’s hit “Sky’s the Limit.” He asked audience members to hold up their cell phone lights in honor of The Notorious B.I.G.

Nas also encouraged festivalgoers to read more books before performing his ode to travel, “Bonjour.” He recommended Assata: An Autobiography by Assata Shakur; The Autobiography of Malcolm X  as told to Alex Haley; Before the Mayflower: A History of Black America by Lerone Bennett Jr., and the extensive works of novelist and playwright James Baldwin.

“I thought his performance was dope,” said Tavena McPherson, who recently moved to Atlanta from New York. “I was screaming the entire set. He told us about books that I will read. I love that he’s well-read. I love his vibe.”

Another festivalgoer shared similar sentiments. “I think Nas brings timeless music to hip-hop,” said a 29-year-old Atlanta man who goes by the nickname Scooby. “He’s one of the top rappers ever.”

However, some were not feeling Nas’ performance. “Honestly his set was not good,” said Shawne Collins of Atlanta. “We love the old Nas. The set list was wack. Miguel had a better set.”

While he may have received mixed reviews, Nas undoubtedly shared his truth, saving his most personal moments for the end. As Phil Collins’ “In the Air Tonight” played, fans at One Musicfest instinctively raised their lighters and cell phones. Nas performed the soul-searching “One Mic,” a song in which he forces himself to think about past mistakes and the best ways to move forward.

In that moment, he proved that rap can still have elements of engaging storytelling, misplaced desires, self-criticism and excitement without compromise. 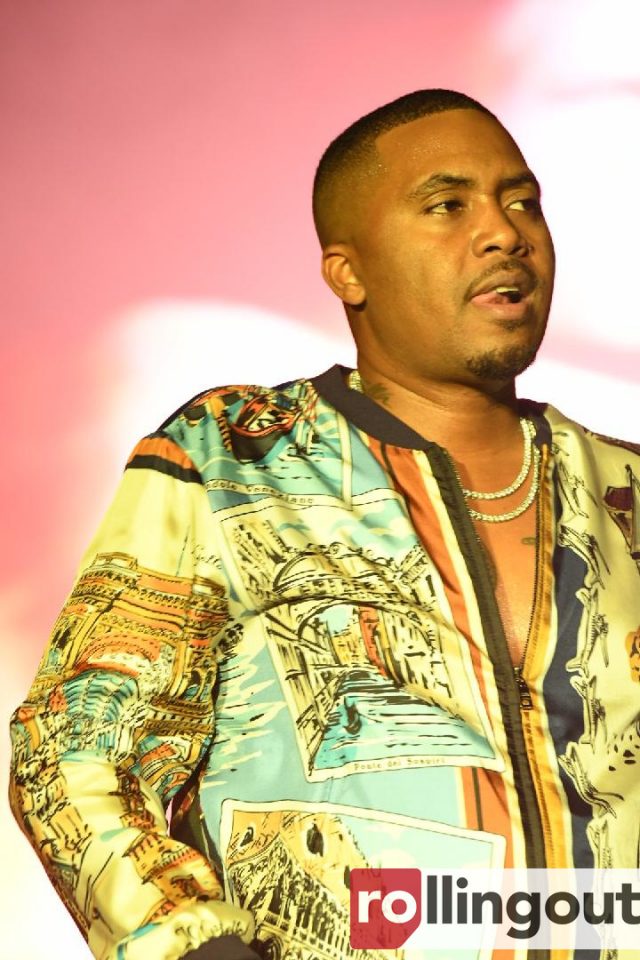