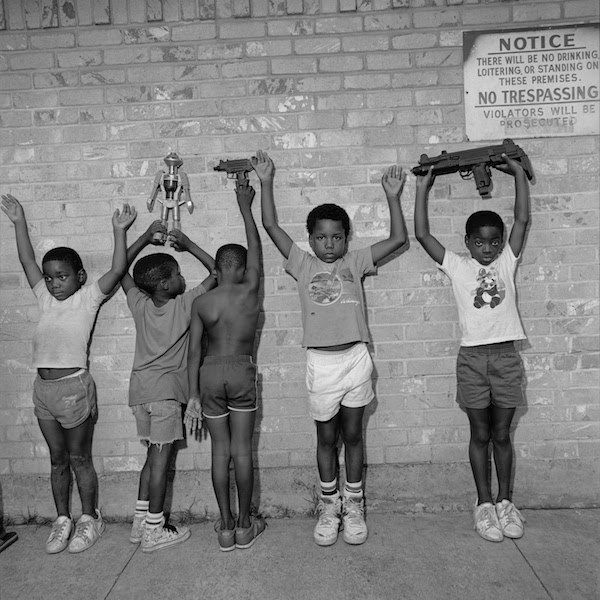 How did we get here? Twenty years of admiration shared by two of the culture’s
most talented artists who started a working relationship in 1998.

2018: Jermaine Dupri was on “Sway in the Morning” recently and confirmed
the long-standing rumor that Kanye ghost-produced Jermaine’s song
“Turn it Out” featuring rapper Nas off his album “Life in 1472” in 1998.

In 2001: Kanye West produced “Take Over” by Jay-Z, the diss track going
at Mobb Deep and most shockingly Nas.

In 2005: Nas was featured on “We Major” off Kanye’s Late Registration
album, sending chatter throughout hip-hop, a Roc-A-Fella artist
working with Nas, considering he and Jay-Z were in the middle of one
the biggest hip-hop feuds ever that started in 2001. Nas and Jay-Z
publicly ended their beef on stage at the show labeled “I Declare War”
by Jay-Z, who was the headliner of New York radio station Power 105.1’s
Power House concert.

In 2006: Nas and Kanye collaborated again on two tracks produced by
Kanye — “Still Dreaming” and “Let There Be Light” — off Nas’ Hip Hop is
Dead album.

2016: Kanye tweets, “promised Obama that I would produce on Nas next album.”

June 11: Kanye tweets:  “Just wanted to say I’m up in the morning
working on the Nas album”

June 14: Nas finally confirmed the album release with a Instagram post: “The
Kids Are Our Future. NASIR out everywhere tomorrow! Executive Produced
by Kanye West.”

June 15: The wait begins. Midnight —nothing; 2 a.m. — nothing;
10 a.m. — nothing. This goes on throughout the day. As
frustrations builds, memes are being created and floating around the
internet. Finally, around 11 p.m., it’s released on Tidal, followed
shortly by other streaming sites.

The album is out.

The wait is over, after six years Nas releases NASIR, his 11th studio
album entirely produced by Kanye West. This project marks the first time
NAS released an album helmed by one producer, especially someone as
highly regarded as Kanye. Nas has often received criticism about his
beat selection from fans. He addresses this on “Simple Things” by rapping,
“Never sold a record for the beat/it’s my verses they purchase.”
He acknowledged his critics, but remained true to his vision even if
it can be a revolving door for his fan base. Nas and DJ Premier hinted
at a collaboration album for a decade, even discussing it together in
Scratch magazine, but it never materialized. Recently, Preemo teamed up
with Royce da 5’9″ to form PRhyme, releasing two solid projects — the self-titled PRhyme
in 2015 and PRhyme 2 in 2018 — bringing an end to speculation of a
Nas-Premier collaboration album, much to the disappointment of die-hard fans. With Nas, a top tier New York emcee, and DJ Premier,  the ultimate Boom Bap producer, fans would prefer to see this project come to fruition moreso than Nas and Kanye.

NASIR is the fourth installment of the 5/7 series Kanye announced back in
April. DAYTONA by Pusha T came first; then came the introspective raw
Ye by Kanye; then the third release, Kids See Ghosts by Kanye West & Kid Cudi; and finally NASIR by Nas.

Nas and Kanye’s public perception has changed dramatically as they
prepared to release their long-awaited albums. Kanye frustrated and let down
many of his fans when he expressed his love for Trump, wore the MAGA
hat and said, “When you hear about slavery for 400 years, for 400 years
that seems like a choice.” While he attempted to clarify his statements,
the damage was done, and fans demanded that people boycott all things
Kanye after he appeared to  align himself with a president who has
made controversial policies. Kelis accused Nas of domestic abuse during their marriage, saying too much alcohol consumption played a role in their fights. Nas has yet to
address this leaving his fans wondering if would speak on the
accusations on NASIR. There are only subtle references throughout the
album, like on “Bonjour” when he raps, “Watch who you gettin’ pregnant/
that’s long term stressin.'”  And on “Simple Things,” he raps, “Facts is
deep/we break up/they hook up with athletes/get married ’cause we
wasn’t that match/my G, don’t attach me to the games/I’m lucky/I’m
blessed.” Time will tell if Kanye and Nas will ever be regarded as highly as they once were.

Images have always been as powerful as words in hip-hop. Kanye
knows how to generate dialogue and does it well with the album
covers, from Pusha’s with the Whitney Houston’s bathroom photo, to Ye’s
mountain view, to the psychedelic Kids See Ghost, and now
NASIR. There are five young boys on the cover of the album, all holding
their hands up for what appears to be a cop out of view. Three are facing the
viewer with the look of youthful innocence, and two have their backs against
the wall. Two are holding toy guns and one a toy robot. Nas tweeted, “The Kids Are Our
Future” announcing the album. This powerful image was captured by
renowned photojournalist Mary Ellen Mark as part of a 1988 exhibit
called The War Zone. This cover set the tone of his messaging
throughout the album, that enlightening and guiding our youth is the
responsibility of all, especially those with wisdom. Nas raps about that on
“adam and eve,” a standout track with the verse: “Gray hairs of
wisdom/that means you seen somethin’/Say somethin’/you stay
frontin’/But these clowns got false/fictional kings”.

NASIR continues the narrations of trying to enlighten the youth with
informing them to watch out for drugs, guns, social media and dire
choices with lasting effects, and encourages them to build their wealth, increase their knowledge and appreciate the rewards of working hard at their craft. Nas is as sharp as ever over Kanye’s soulful production and sample-filled wonderland. Kanye
provides the veteran wordsmith with the perfect sonic backdrop to hit
the fans with that fiery social content many have come to appreciate.

The album kicks off with “Not for Radio” featuring Puffy Daddy and 070,
which makes listeners reminisce about “Hate Me Know” with Nas dropping history
and estoeric knowledge. “Cops Shot the Kids” samples Richard Pryor and
Slick Rick talking about police brutality. Nas and Kanye both deliver fiery
verses on that track, as Nas raps, “white kids are brought in alive/Black kids get hit with
like 5,” and Kanye spits, “tell me who do we call to report crime if 9-1-1
doin’ the driveby?” The Dream appears on two tracks, initially sounding unrecognizable on “everything” and the banger “adam & eve.” The
other three tracks are “White Label,” which has Nas wordplay right where die-hard fans
appreciate him most; “Bonjour,” which has Nas reflecting on his sexual
bravado, “havin’ drinks in Vegas/my business/she didn’t see me comin/now she’s my eyewitness.” And on the closing track, “Simple Things,” Nas
reflects on his journey in relationships, how the culture see’s him,
and wanting a better life for children.

NASIR stands out among other recent releases. It’s a solid body of work
that places the veteran emcee back in the debate for the hottest in
the game. Ageism has been a thing in hip-hop for years due the
culture never allowing rappers to age gracefully as artists do in other musical genres, or their skills not remaining relevant in this ever-changing genre of hip-hop. But that’s changing as Nas, Jay-Z, Kanye, Rick Ross, Pusha T and Snoop Dogg — all over 40 — continue to drop songs that resonate.