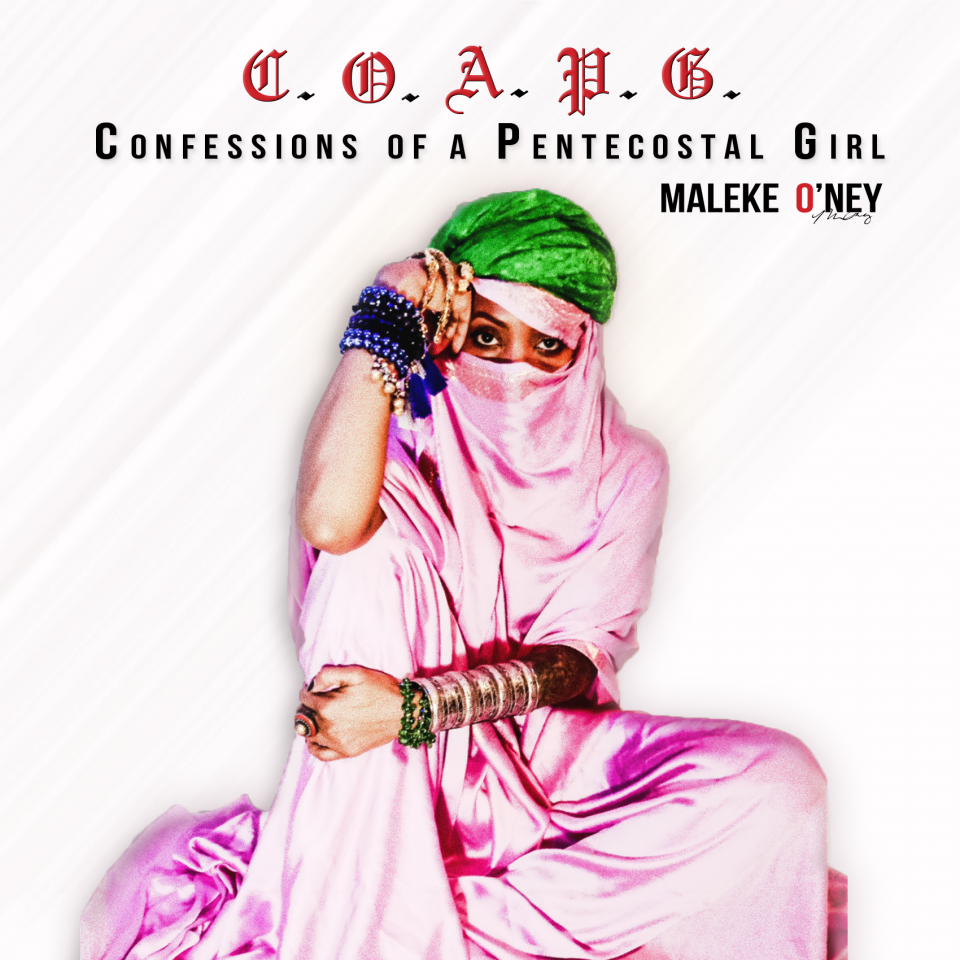 Maleke O’Ney is a multi-talented singer-songwriter who faced many obstacles in her life before she began a new chapter of liberation and rebirth. She chronicles her journey on her new album, Confessions of a Pentecostal Girl.

O’Ney describes her music as  “sexy futuristic church funk, a marriage of my musical influences and my life’s experiences.”

She recently stopped by rolling out studios to discuss her latest project.

Let’s talk about your new project Confessions of a Pentecostal Girl. Who or what was your inspiration?

I was ready to speak. For so long, I’d been silent about all the questions and doubts, observations and opinions I had for fear of being shunned, rejected, persecuted, exiled. My inspiration was born from the desire to live in freedom instead of fear. The inspiration for C.O.A.P.G. was rooted in my desire to inspire others to do the same.

What was the creative aspect of C.O.A.P.G.?

The fact that I wanted this to be a concept album rather than just a bunch of good-sounding songs strung together was a major component in the creative aspect of this project. I wanted it to read like a book, and I wanted every image to be an overt contradiction of people’s everyday perception. My creative goal with C.O.A.P.G. is to make it more than just a listening experience but a visual and emotional experience as well. I want it to arouse all of your senses. I want the story to come to life every time someone hears it.

What’s the message you want listeners to gain from the project?

What’s the back story?

I didn’t have many friends because I didn’t know how to make them and keep them, but when I was 8 years old, a girl from China joined our class — Chun Chun was her name — and we became the best of friends.  She was so kind to me, and we had so much in common. Needless to say, that friendship never made it past the third grade because she and her family were Buddhist, and communication with her was forbidden. Intermingling with anyone other than a Christian was not allowed. This prompted me to ask my mother, “Why is her God any different than ours? How do you know we’re serving the right God? What if we’re wrong?” I was reprimanded for questioning the sanctity of God, and from that moment on, I kept my questions to myself. But I always questioned.

I always felt like something wasn’t quite right, like parts of the story were missing or just plain wrong! I saw a lot of inconsistencies in what I was being taught and what was really happening in church and in the world. I grew up believing that there was something more.

When I got to high school, I fell in love with hip-hop. That is when my journey of self-discovery began. I started reading, researching, listening to lectures and lyrics and people of different religious and cultural backgrounds speak about their experiences and share their knowledge. I never lost connection to my roots, but somewhere between 1994 and 2004, I found the truth. I’ve been learning and growing ever since, and I continue to walk in the light of my truth.

Confessions of a Pentecostal Girl was a labor-intensive project. How long were you working on the album?

I began working on the project in 2014. Four of the nine songs came to me immediately following the completion of my first EP (The ReIntroduction) in 2014. The first phase of recording was completed in 2015.

It was cool, but I wanted to add live instrumentation and give it feeling. I began that process in 2016 and was met by so many challenges, finances being the greatest! I was balancing working a full-time job and part-time hustles in between, being a mother, becoming a wife, being an artist. It was tough, but after four years of dedication and commitment, I am proud to say that an amazing body of work was the result.

How did it feel to finally birth this project?

Relieved! Proud. It’s the first time that I truly felt proud of myself.

What are five reasons music lovers should buy this CD?

Music lovers should buy C.O.A.P.G. because it’s an honest body of work that is relatable, the message is universal and it applies to you, it feels good, it sounds good, and lastly, for the love of music because my music truly is the soul that’s lacking in the market right now.