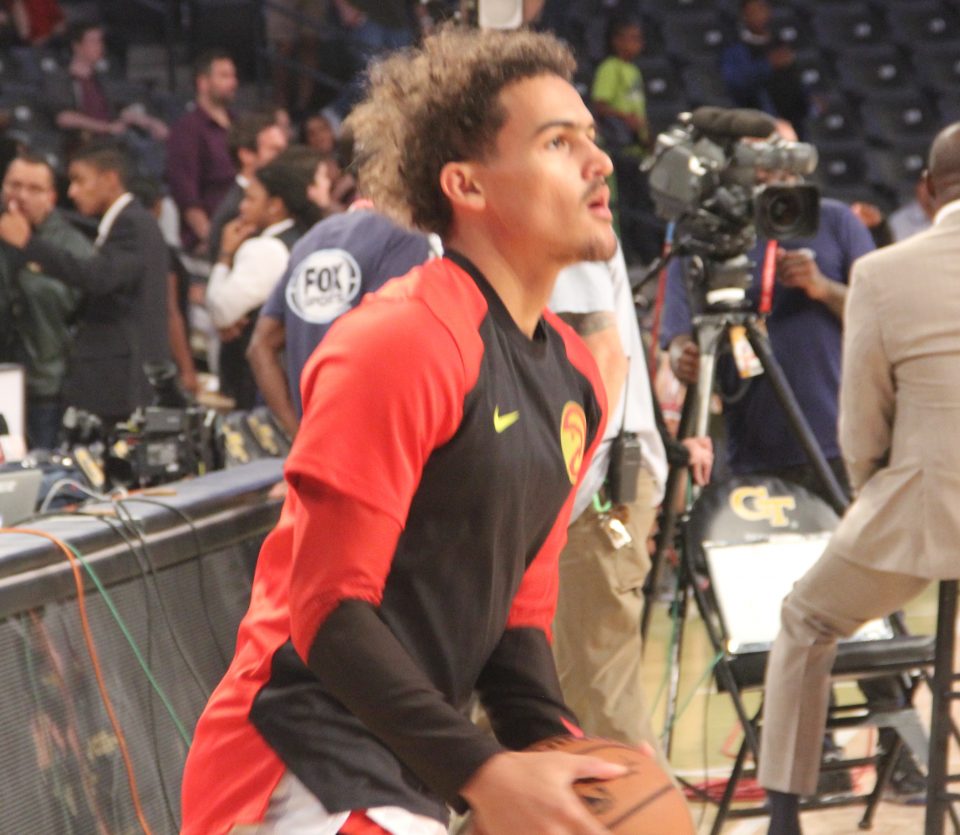 Trae Young lived up to his nickname on Oct. 10 against the San Antonio Spurs, but more importantly, he lived up to the expectations the Hawks and the entire city of Atlanta have for him.

With about 15 seconds left and the game tied at 125, Young dribbled down the court. “Ice Trae,” the nickname gifted to Young by Migos’ Quavo, took two steps past half court, noticed his defender Bryn Forbes’ hands were down and he let it fly from the Georgia Tech logo. The clutch shot was money, sending the crowd in the McCamish Pavilion into a frenzy.

“We call it ‘Trae, dribble down and shoot,’ ” said Lloyd Pierce, head coach of the Hawks.

Whatever that was, Pierce better stick to it and Hawks’ fans better get used to it. The game-winner was only three of Young’s 22 points, which he coupled with seven assists. He played a complete game that flashed the potential that made him a top-five pick, but he wasn’t the only Hawk who played big. The Hawks were led by 25 points from Taurean Prince, including 16 in the first quarter. Alex Len pitched in a 16 point, 10 rebound double-double and Kent Bazemore added 15. Young sealed the win, but he knows how big a part his teammates played.

“Taurean played extremely well, especially to begin the game; Alex too,” said Young. “Plus the energy from our bench — our bench played a big role in the win tonight.”

The Spurs were led by 28 points from Rudy Gay and 22 from Bryn Forbes. The Spurs’ biggest acquisition this summer, DeMar DeRozan, struggled, only hitting four of his 15 shots from the field scoring 15 points total.

Regardless of all the big performances, the story of the night was still Young and his “SportsCenter”-worthy game-winner. A reporter asked Prince if he’d ever seen Young take that shot in practice before, and his response was perfect.

“Have you ever watched Trae Young period,” said Prince. “That’s what he does.”

For the sake of the Hawks and their fans, hopefully, he continues to do so.