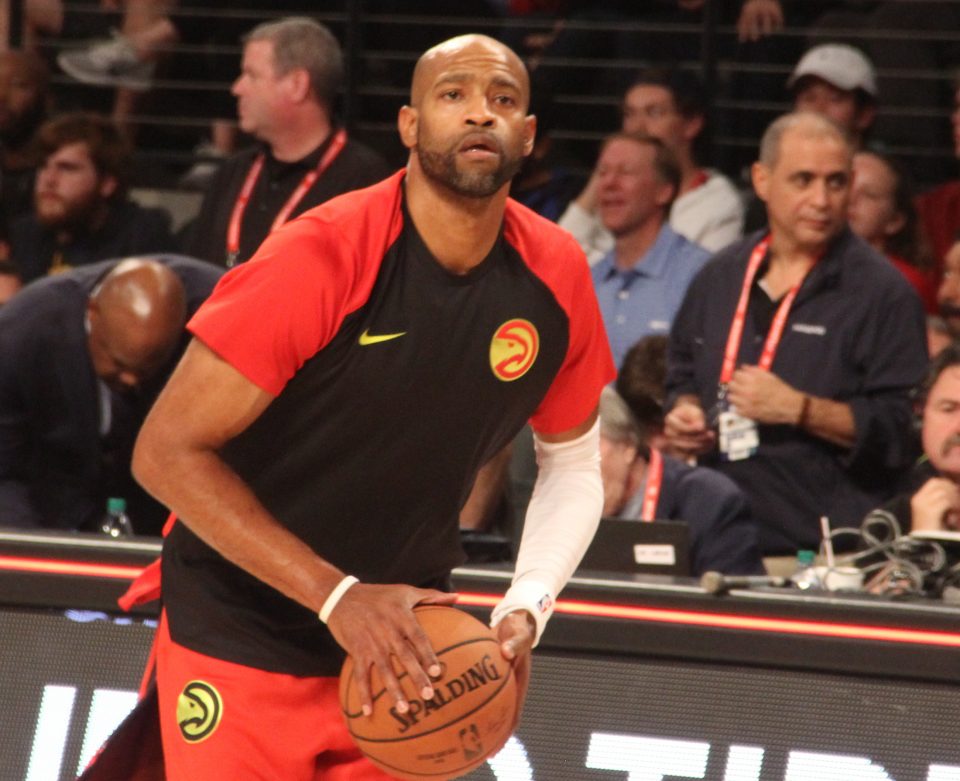 Vince Carter is defying the laws of sports by playing at a high level at the age of 41. Going into his 20th season in the NBA, Carter will cement his legendary career by helping to guide the Atlanta Hawks’ young nucleus. Carter will likely battle for a starting position or to be the team’s sixth man.

During the Hawks’ recent media day, the NBA veteran spoke about playing with the Hawks, longevity in the NBA, and activism in sports.

How does it feel to be able to play at a high level at your age?

Kevin Willis played 21, 22 years, but you know I’m very thankful to do this. I’m a young 41, and so I’m still getting an opportunity to play in the professional ranks at this level. The competitive nature is still there.

Has the physicality of the game taken its toll yet?

That’s what I want. I enjoy waking up sore. I enjoy this. This is still in me. To be able to put this [uniform] on is an honor. This is a privilege … I might be putting this [uniform] on for the last time, I don’t know, but this is an honor to wear this. So that’s what I want people to take from it. More so than every dunk that you can think of, I did it because I love it.

What are your thoughts on social activism in sports following players such as LeBron James being vocal on social issues?

Any player [who’s] willing to utilize that platform and speak up for what they believe in is okay with me. ‘Cause everybody’s allowed to have their opinion and everyone’s allowed to have their voice. LeBron [James] is on the biggest stage and he has the biggest platform out of anybody. But at the end of the day, every person goes home and sits on the couch and they have an opinion about something.

What are your thoughts on his response to being told: “Shut up and dribble”?

I was like “really?” I was always taught to be more than just a basketball player. I applaud myself for knowing a little bit about a lot of things. [LeBron] is taking the time to be what he wants to be and voice his opinion on something he feels strongly about.