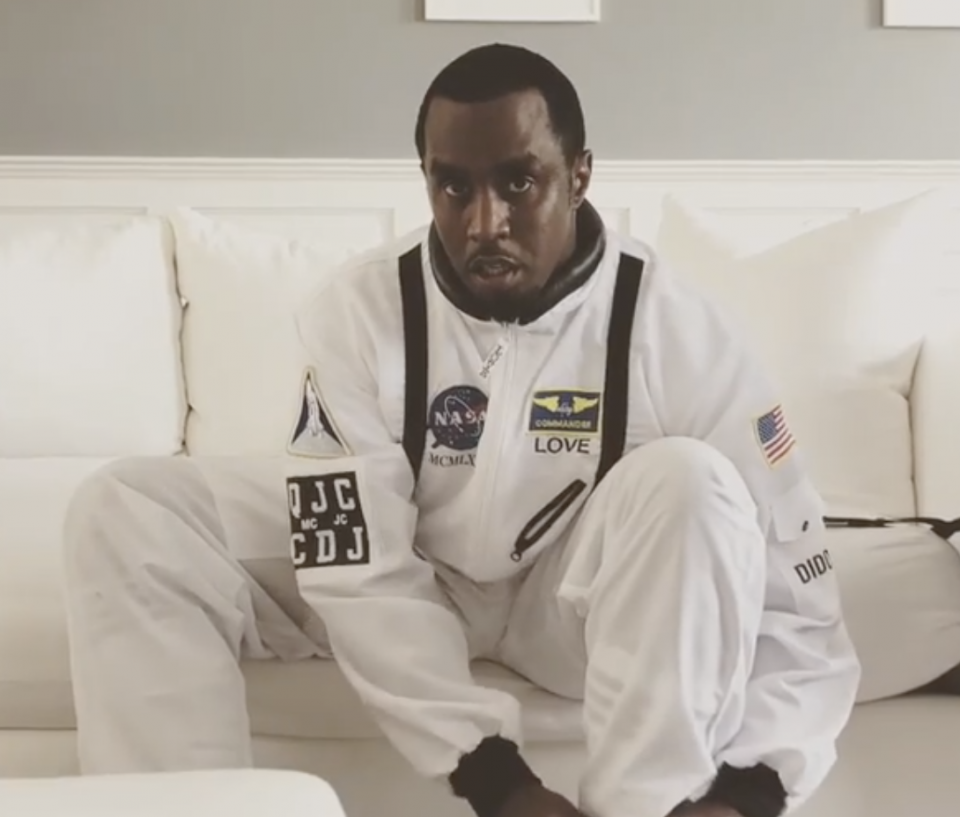 Diddy celebrated his birthday by jumping out of a plane.

To mark the rapper’s 49th birthday on Sunday, Nov. 4, 2018, he decided to “live his best life” and fulfill his dream of skydiving and urged his fans to pray for him before he took to the skies for a leap into the nearby Playboy Mansion.

The “Last Night” singer shared a video of himself on Twitter while preparing to jump and in the clip, he said: “It’s my birthday, and I’m about to jump out of a plane. I always wanted to do it.

“No I didn’t always really wanna do it, but I started thinking about it this year I wanted to do it but it didn’t happen.

“Then I said I was gonna do it for my birthday, so I’m gonna jump out of a plane and attempt to land two houses away in the backyard of the Playboy Mansion, okay.

“I’m living my best life, and I wanna tell ya’ll to make sure ya’ll vote, say a little prayer for me right now. I’m about to go up in the air.”

However, the “I’ll Be Missing You” hitmaker wanted fans to know he had set his mind on the skydive before Will Smith performed a similar stunt in September.

He said: “I wanted to do this before I saw Will Smith jump out a plane, but he definitely gave me some inspiration after seeing him jump out, but mine was definitely scheduled so Will I don’t want you to think I’m biting.”

The producer later shared a video of himself completing the parachute jump and successfully landing in the garden of the Playboy Mansion while excited friends and family greeted him.

He wrote: “I DID IT!!! Thank you to my neighbors at the Playboy Mansion for letting me use their house to land. NO FEAR!!!! “(sic)

Meanwhile, Diddy’s birthday celebrations ended on a sour note when police were forced to shut down a wild party at the music mogul’s mansion.

According to TMZ, law enforcement was called to his house at around 2 a.m. on Monday, Nov. 5, 2018, due to a disturbance, and when they arrived, they spoke to security and told them to end the bash.