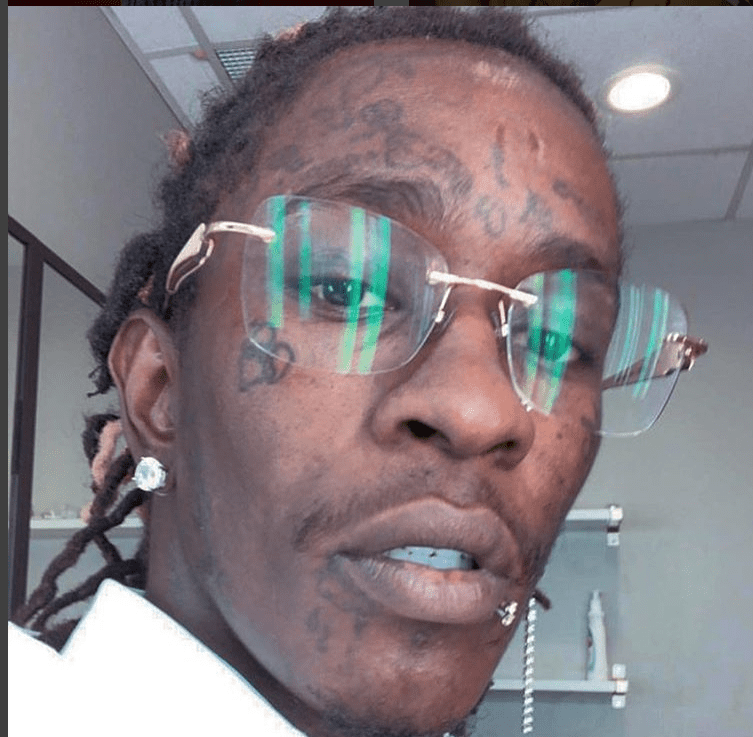 Atlanta rap star Young Thug poured his heart out to the courts and made a plea to his sons after being jailed for nearly a week for violating the conditions of his felony drug case.

The 27-year-old, whose real name is Jeffery Williams, was arrested on Nov. 8 for failing a drug test. He was released on Nov. 14 on the condition that he submit to random drug tests at least twice a week and get treatment for his addiction, WXIA-TV Atlanta reports.

Standing in court, Young Thug, who is perhaps best known for the blockbuster hits “Lifestyle” and “About the Money,” offered a seemingly sincere mea culpa for ending up in this position yet again.

Young Thug’s lawyer said that he isolated himself while he was locked up. The first two days he apparently refused to eat or drink as a way to punish himself for his relapse.

“Have you, God forbid, ever been in custody? It’s traumatic. It’s traumatic,” Steel said according to a conversation he had with Rolling Stone. “Yes, it took a toll.”

“I can’t say it’s a significant win because Mr. Williams should never have been arrested or placed under indictment,” Steel added. “He’s been wrongly charged.”

Thug, on the other hand, took this latest lock up as a wake-up call to get right.

“Over the last six days, I understood this is real life,” he continued. “I have two sons, ages 10 and 11. I don’t want them to think that going to jail — even if you can get out right away— is cool. I want to grow, and I have grown. I’ve made mistakes and I’ve been penalized for them. I’m sorry, and won’t disobey again.”

Thug was obviously very contrite and seemed ready to put in the work to stay sober and clean. He was arrested last year after police allegedly found drugs in his vehicle during a traffic stop.

Thug was released then as well and ordered to stay clean. When he obviously failed to maintain sobriety, the judge revoked his bond.