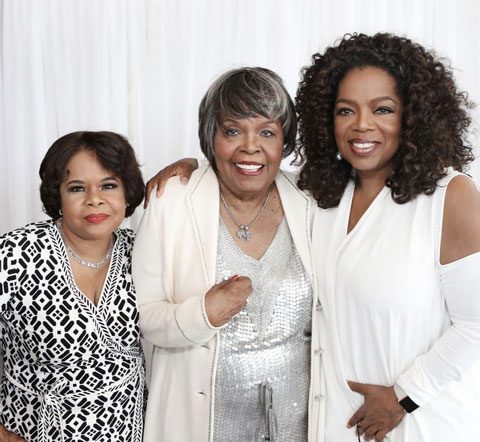 Oprah Winfrey is grateful her mother is “now at peace.”

The 64-year-old media mogul’s mom, Vernita Lee, died on Thanksgiving, Nov. 22, 2018, at her home in Milwaukee at the age of 83, and the talk show legend has now thanked fans for their support and sympathy after the news was made public.

Oprah shared a family photo on Instagram and wrote: “Thank you all for your kind words and condolences regarding my mother Vernita Lee’s passing. It gives our family great comfort knowing she lived a good life and is now at peace.”

Lee — who worked as a housekeeper throughout her life — has already been laid to rest after a private funeral.

Lee gave birth to Oprah at the age of 14, shortly after meeting the Wrinkle in Time star’s father. But she subsequently moved to Milwaukee to become a maid, and the American icon was raised by her grandmother.

The duo had a distant relationship until later in Oprah’s life, and they eventually appeared together on the star’s eponymous talk show in 1990.

During a TV interview with Milwaukee television station WTMJ, Lee revealed how her faith in God helped her through the death of her two children.

“I’m a Christian lady, and if you’re a Christian person, it helps you to deal with situations like that,” she said.

Vernita also spoke of how proud she was of Oprah.

“I loved her the way that she loves people now,” she said.