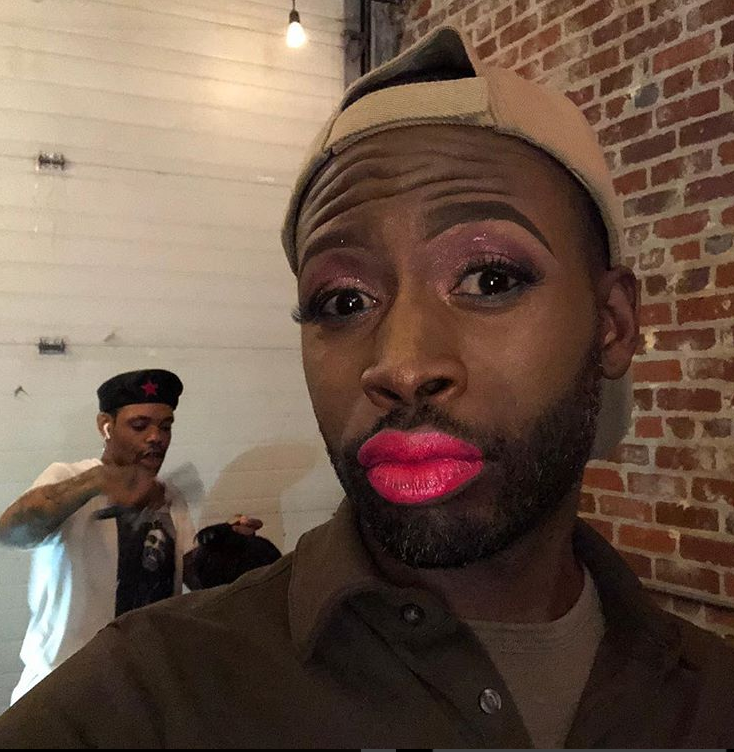 Comedian and pop culture personality Funky Dineva is ducking and hiding these days after disparaging the looks of Beyoncé’s oldest daughter Blue Ivy, telling a radio show audience that she’s “ugly” just like her father Jay-Z.

During Funky Dineva’s latest appearance on TS Madison’s show, “The Queen’s Court,” he and the other guests were taking shots at Jay-Z’s physical appearance. Dineva eagerly took it to another level when he shifted the heat toward Hov’s 7-year-old daughter as the audience laughed.

The venom spat back at Funky Dineva from the legion of Beyonce and Jay Z fans was immediate, vicious and relentless and had Dineva running for cover:

Yet he looks like that. Make it make sense. RT @balleralert: Funky Dineva Calls Blue Ivy Ugly, BeyHive Camps Out In His Comments https://t.co/OSjHUIE80j pic.twitter.com/tAVvePX9wz

Funky Dineva won't have a job by the beginning of 2019. How you gon call Blue Ivy ugly and you look li-nope! I'm not gon do it.

I can no longer support @FunkyDineva after his comments about Blue. Period.

The ferocity of the backlash forced Funky Dineva, whose real name is Quentin Latham, to produce a YouTube video where he offered a mea culpa for belittling a young child.

Funky Dineva, 35, acknowledged that the words he chose while being “in character” were “gross,” considering the fact that he is a “grown a** man” who took aim at a “defenseless” 7-year-old child for the sake of garnering laughs.

“I’m upset with myself,” Funky Dineva began. “I’ve said some off the wall things before in the name of comedy, and I’ve stood by them all and defended them all, and told the general public, you know, ‘Forget you. You’re just gonna have to be mad.’ But this is one of those things that I’m not proud of. I can’t stand in this one.”

He added that he feels ashamed about the situation: “I recognize wholeheartedly that what I did was wrong…Find it in your hearts to forgive me. Hopefully, we can get past this.” He promises to make efforts in the future to be more mindful of his jokes and “be a better wordsmith when it comes to people’s children.”