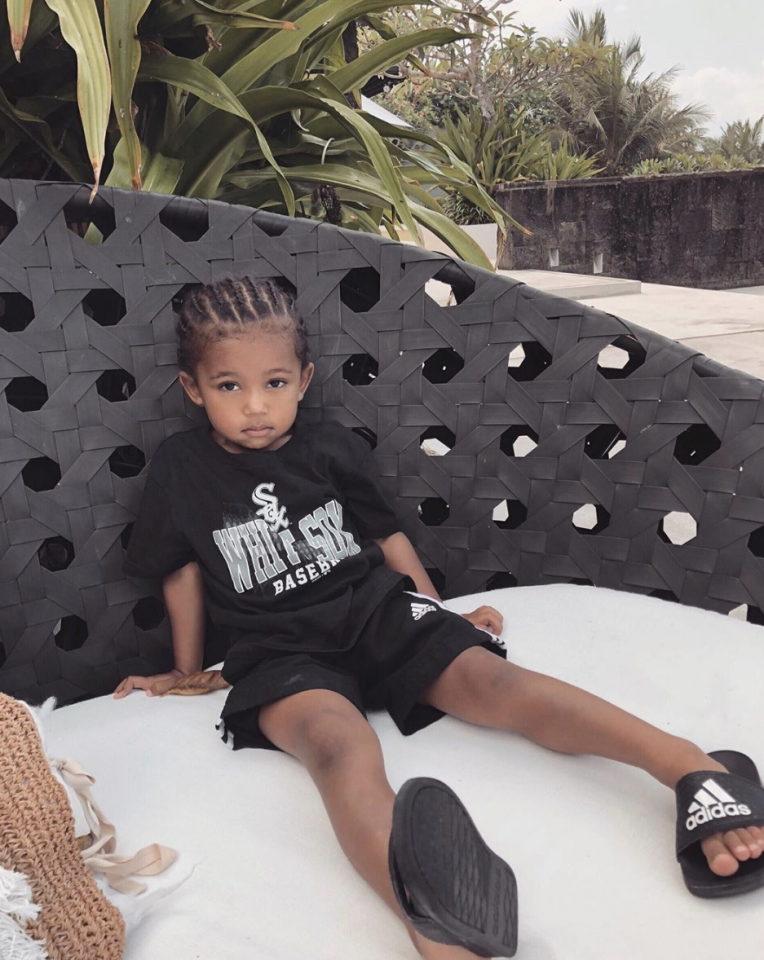 Kim Kardashian shares a photo of her son, Saint West for his birthday. (Photo Instagram @kimkardashian)

Kim Kardashian West thinks she did “something really special to deserve” having Saint West as a son.

The 38-year-old reality star took to Instagram on Wednesday, Dec. 5, 2018, to ring in her son’s third birthday with a picture of the tot lounging on some outdoor furniture and said she believes she was blessed when he was born.

Kardashian West – who has Saint, as well as daughters North, 5, and Chicago, 10 months, with her husband Kanye West – wrote: “Happy Birthday to my favorite boy my Sainty Joon. I must have done something really special to deserve having you as my son. I love you to the galaxy and back. (sic)”

Saint celebrated his birthday in a joint bash with his cousin Reign – whose parents are Kim’s sister Kourtney Kardashian and her ex-partner Scott Disick – who turns four on December 14.

The party was Tarzan-themed, and the “Keeping Up with the Kardashians” stars took to social media to share images of the celebration.

Kardashian West said in one clip: “So the boys are obsessed with Tarzan. And we have a Tarzan-themed birthday party and a jungle in my house.”

Meanwhile, Kim previously revealed that becoming a mother to her three tots changed her outlook on life, as she says she now “doesn’t give a f— about anything” other than her family.

She said: “Being a mom just not makes you give a f— about anything else but what’s immediately going on inside, like in your home, in your family – like all the other stuff kind of fades away.

“Nothing matters but your family, so I think it really helps you center and get grounded.”

And she believes her authentic nature is one of the reasons behind her success and that of her siblings.

She added: “I think our family is definitely really relatable. I mean we know that we definitely show a side that’s not as relatable, but I think it’s the balance of being in between, of seeing us come up and doing that with us and sharing those experiences with us.