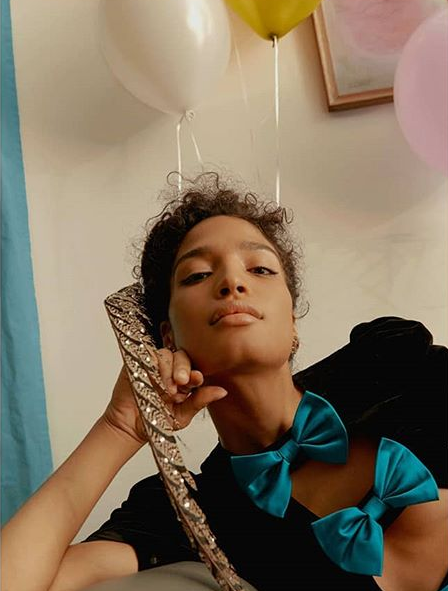 Veteran comedian and radio show host D.L. Hughley came to the defense of his comedic colleague Kevin Hart, who stepped down as the 2019 Oscars host after facing backlash for gay jokes he had posted in the past on Twitter.

But the famously caustic comic apparently had a meltdown because Hughley eventually called Indya Moore — an actress on FX’s drama series “Pose” and a transgender woman — a “p—-” during a heated Twitter exchange.

Hughley, 55, has no problem with Hart’s homophobic jokes from back in the day. The host of his own eponymous afternoon radio show defended Hart adamantly after the Night School and Ride Along star got trampled for not initially exemplifying sufficient contrition for his homophobic jokes.

Members of the Academy of Motion Picture Arts and Sciences, the board that governs the Oscars, gave Hart an ultimatum — that he’d better apologize, or they would easily replace him with a new host for the 2019 Academy Awards.

Hart said he had become weary of addressing the gay controversy time and time again and that he’d rather step down from his dream gig of hosting the Oscars than have to apologize. Ultimately, after stepping down, Hart did just that via a tweet.

Hughley, on the other hand, said on Twitter that Hart should have doubled down on his original inclination to not apologize.

Moore feels differently. Moore shot back at Hughley on Twitter with this thought:

“White people standing up for racism in comedy. @RealDLHughley. But you can’t see that because gay jokes are so popular and normalized. you can’t balance or evaluate the ethics of an issue you aren’t impacted by or really care brother just stop… You bias!”

Hughley shot back: “I could give less than a damn what you think if u don’t dig it don’t listen! But I’d never apologize for a joke.”

Last week, The Original Kings of Comedy alum elaborated on his sentiments regarding the entire Hart controversy on Twitter and Instagram, replete with very choice language:

Hughley eventually got into a fiery verbal altercation on Twitter with Moore, who tried to explain to the former host of BET’s legendary “ComicView” show that she was often the brunt of gay jokes.

Hughley, whose patience had already run out, offered no sympathy in return. In fact, Hughley fired off on the woman on Twitter.

“I make a living doing what I love, put kids through college, paid for my homes, and travel the world, and still don’t give a shit what a p—- like u thinks.”