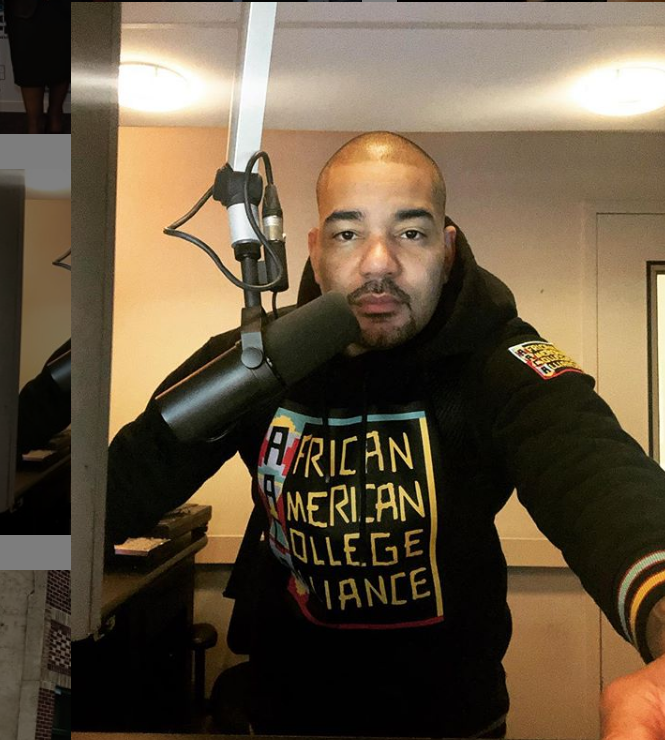 One of the most resounding voices in the world of hip-hop activism interrupted the normal flow at “The Breakfast Club” when he tore into one of the deejays during a fierce debate about public and private schools.

Bodacious Atlanta-based rapper and businessman Killer Mike had a high-decibel showdown with DJ Envy when the radio co-host advocated for private schools over public ones.

Envy, a New York native who attended the private St. Francis Preparatory School in the prestigious Fresh Meadows neighborhood of Queens, said that he was afforded opportunities because his parents bypassed the less desirable Andrew Jackson public high school. Envy argued that it stood out on applications and gave him advantages over other White and Black students.

Envy said he put his children in private schools for that very reason.

Mike clapped back saying that experiences and opportunities for kids are totally different when your parents are rich and you are raised around white children.

“N—a, you rich!” Mike said. “And you can’t take that away. And my question becomes this: with all that great education you got, you turned out to be a DJ and a real estate investor. You didn’t have to go to college.”

Mike believes that Black parents put their children in private schools for bragging rights more than anything — particularly, as in DJ Envy’s case, he didn’t need the education to be a deejay or real estate investor.

“If you walk in[to] a school named for Frederick Douglass, and you do not have the initiative as the parent or the student to walk up and step up to that greatness — but you would do it at St. Pius [private school]?” he questioned. “You’d do it at St. Michael? Man, you a chump!”

Mike hastened to clarify that he wasn’t calling Envy, born Raashaun Casey, 41, “a chump.” By then, however, it was already past the point of no return with the two high-strung personalities.

Check out the heated exchange on YouTube below and then see the social media responses, which mostly back Killer Mike.

Killer Mike and DJ Envy convo in a nutshell pic.twitter.com/81hInqF3ch

Killer Mike : All you do is spin records pic.twitter.com/3CtVHQe9Ej

@DJEnvy got so annoyed when @KillerMike called him a DJ 😂😂😂 he cut him off quick and was like “I’m an entrepreneur”. Nigga if you don’t sit your cry baby ass down somewhere. Your name is DJ Envy emphasis on DJ 😂😂😂 hee haw hee haw you stupid mf’er are you dumb?

DJ Envy takes everything personal. I’m almost certain he put his kids in private school to get them away from niggas just as many others do.