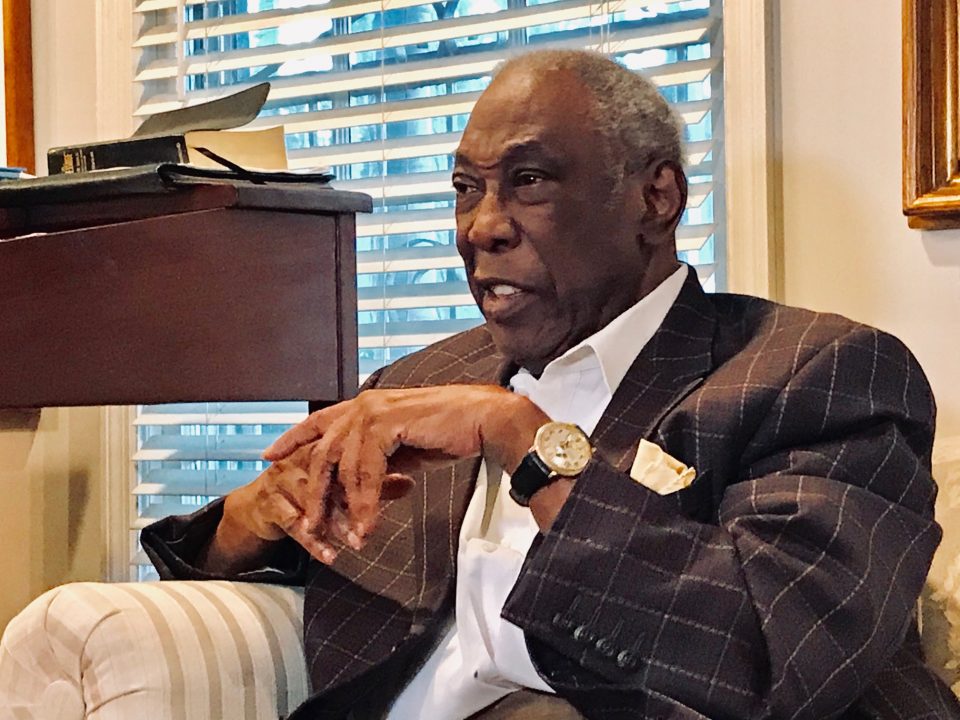 Marvin Arrington Sr. is a retired Fulton County Superior Court judge and former president of the Atlanta City Council. His son, Marvin Arrington Jr., is a lawyer who serves on the Fulton County Commission representing residents in Atlanta and the communities of East Point, South Fulton, and portions of Union City and College Park.

Rolling out asked the father-and-son legal eagles and Atlanta natives about living and thriving in the nation’s Black mecca.

Marvin Arrington Sr.: You had some dynamic leaders that came along. I still say one of the greatest of all leaders was Lonnie King. [In 1960, King, who was attending Morehouse College, and other young activists at the Atlanta University Center launched the Atlanta Student Movement, organizing boycotts, sit-ins and other peaceful protests at racially segregated establishments that discriminated against Blacks.]

We kind of just pass over his contribution, but I remember Dr. [Benjamin E.] Mays said in an interview one day when he was getting ready to march that somebody is gonna get hurt or get killed. Lonnie said, “I’m ready to die for my rights.” We left his office and headed down Chestnut Street. Thank God, Chief [Herbert] Jenkins intervened and told us to turn left, or there would be a mass murder. He was a good guy and someone I will never forget. He told me I could get elected to city council. He said, “You can get elected and have political strength.”

What makes Atlanta a great city?

MA Sr.: Atlanta is a great city because of the character that we have and the people involved.

Marvin Jr., growing up what was it like knowing your father’s circle of friends?

Marvin Arrington Jr.: As a kid, you don’t realize that it’s something special or different. It wasn’t until I went to college and was taking a civil rights class that I understood who these people really were. I mean, I grew up with their kids. I was born in 1971, so by the time we became friends in the ’80s, the Civil Rights Movement had passed. As a kid, you’re just growing up and going from place to place, not realizing these are people that changed the world.

MA Jr.: It’s the AU Center, young African Americans coming to get educated [and] then staying. Now you have 5,000 more people every year contributing to the intellectual and social impact of the city.