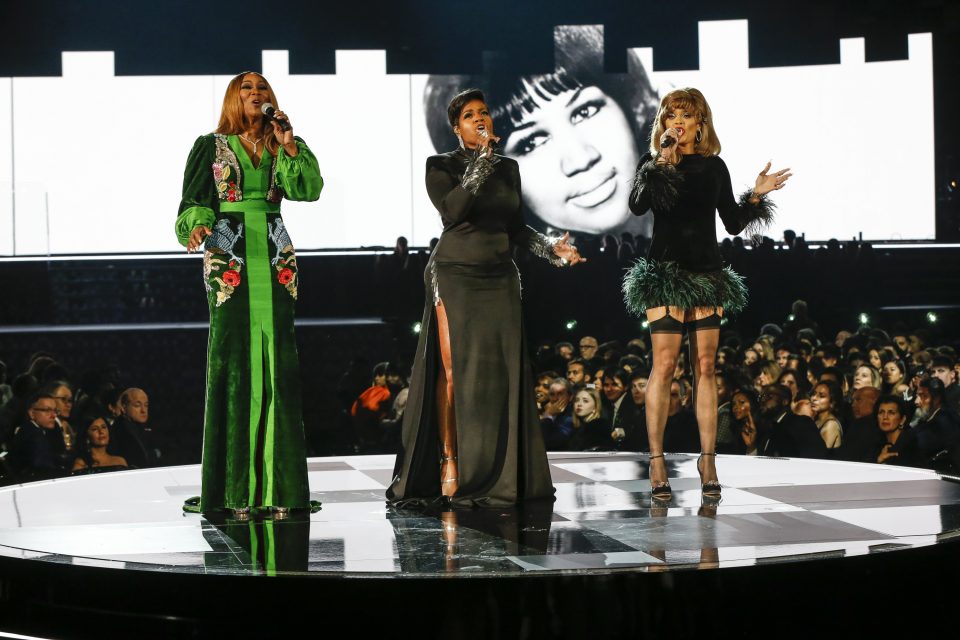 The Queen of Soul died at 76 last August and her lasting legacy was recognized by Andra Day, Yolanda Adams — who performed at the “Think” singer’s funeral — and Fantasia Barrino, who joined forces to perform “(You Make Me Feel Like) A Natural Woman” in honor of the legendary star.

As the trio sang, images of Franklin flashed on screens behind them at Los Angeles’ Staples Center, and they were given a standing ovation when they finished.

Host Alicia Keys said afterward: “That was so incredible, ladies. That was so beautiful.”

The trio’s performance came immediately after the annual In Memoriam segment of the show, which honors those in the music industry who have died over the last 12 months with a video and picture montage underscored by the artists’ music.

Among those recognized this year was 26-year-old rapper Mac Miller, who died from an overdose in September, and Swedish DJ Avicii, who took his own life in April.

However, rapper XXXTentacion — who was shot dead during a robbery attempt in Florida in June — was notably omitted from the segment.