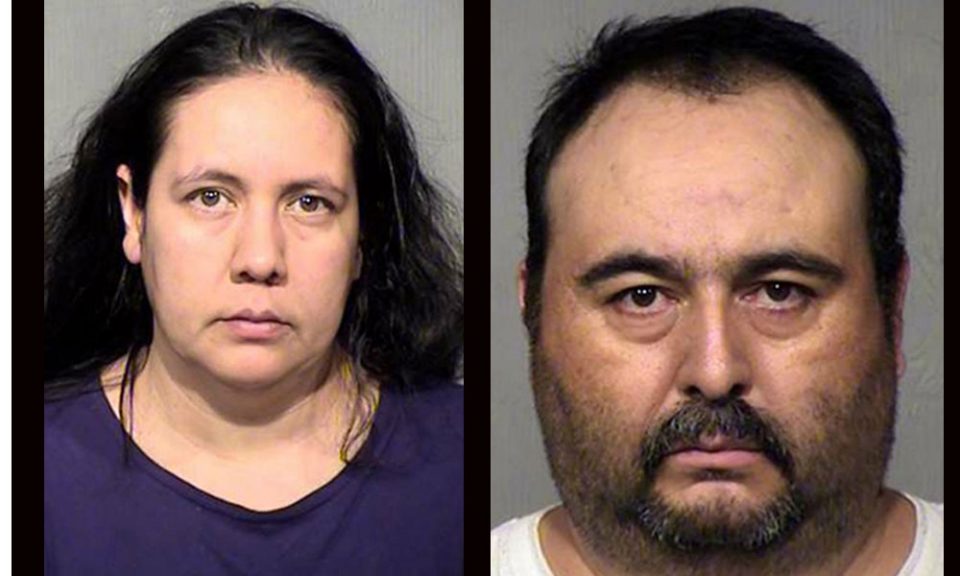 A Phoenix, Arizona couple is in jail after confessing to a bizarre crime that included the sexual assault of a day laborer. Brenda Acuna-Aguero, 39, and her husband, Jorge Murrieta-Valenzuela, 45, were arrested after a man came to police claiming that the couple forced him to have sex, after luring him with the promise of a job.

According to The Smoking Gun, Brenda Acuna-Aguero picked up the unsuspecting worker outside of a Home Depot store. She told the man that she needed items moved around her home. When they got to the house, Acuna-Aguero began making sexual advances towards the man who played along thinking it was a joke. He soon realized that she was serious and declined her offer of sex. That’s when her husband, Jorge Murrieta-Valenzuela, came into the room with a rifle and put it against the chest of the victim demanding he have sex with his wife.

The victim complied and for the next few hours engaged in various sex acts with Acuna-Aguero. Her husband took pictures and recorded the sexual assault. When they were done, Murrieta-Valenzuela took the man’s Mexican visa and driver’s license and told him it would be given back to him only if he came back to the house the next day. The victim was also told that they would have the erectile drug Viagra for him and if he did not return, the pictures would be sent to his wife in Mexico. Murrieta-Valenzuela then drove the man back to the Home Depot.

However, Murrieta-Valenzuela and his wife became horny again and called the man back ten minutes later to tell him he had to come back to their house for more sex. The victim did not comply and the couple told him if he was not there in the morning the compromising pictures would be sent to his employer. The victim did come back the next day, however, he had a friend with him to witness the encounter and refused to have sex. In retaliation, the couple sent the explicit pictures to the victim’s job. The abused worker then contacted police who investigated the matter.

Acuna-Aguero confessed to her actions after the victim described in detail the cigarette burns and scars on her thighs and stomach. It was also learned this was not the first time the couple preyed on an unsuspecting laborer. Police recovered video and pictures of another man the couple tricked in March 2019. The couple has been charged with sexual assault, aggravated assault and unlawful recording of a person. They are being held in lieu of $250,000 bond.