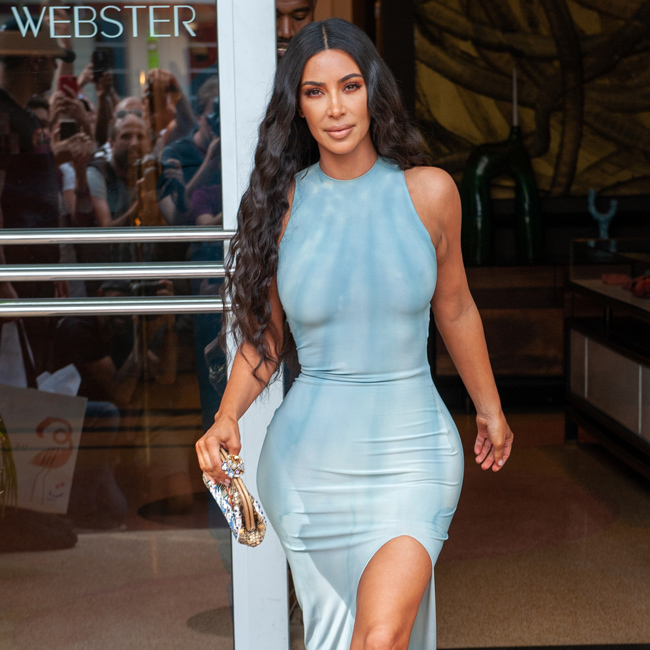 Kim Kardashian West would never use her fame and “privilege” to get her children into college.

The “Keeping Up with the Kardashians” star has weighed in on the admissions scandal, which saw dozens of wealthy parents, including the actresses Felicity Huffman and Lori Loughlin, hauled into court after they paid extortionate amounts of money to a fraud admissions consultant to try and get their children into some of the nation’s top universities.

The 38-year-old reality star — who is expecting her fourth child with husband Kanye West, with whom she already has North, 5, Saint, 3, and Chicago, 14 months — has insisted there would be no “benefit” in “forcing” her offspring into a college if they did not have the necessary skill set.

In an upcoming interview with CNN‘s Van Jones, the KKW Beauty businesswoman said: “If they couldn’t get into a school, I would never want to use privilege to try to force them into a situation that they wouldn’t thrive in any way.,

“That’s what I see is not appropriate.

“I want my kids to be as grounded as possible. To buy your way into something just wouldn’t benefit anybody.”

The curvaceous beauty is currently studying to become a lawyer and hopes her children are “inspired” by her “hard work” and can see that there is no time limit on completing their education.

She added: “Having my kids see me studying, leaving and going into an office a few days a week, studying all the time coming home — I have my backpack, they have their backpack.

“Them seeing that I have this filming career and having make-up samples tested all on my arm while I’m trying to read my flashcards.

“I hope they get inspired to know that they can put in the hard work, and even though I’m in my late 30s and just finishing college — it’s never too late, and there really is no easy way out.”

Kim — who “aced” her Tort law exam earlier this week — also revealed that her rapper spouse Kanye has “stepped up” to look after their kids while she is cramming in her studying at night.

She said: “During the week at night, there’s a lot of time I’m like, ‘Babe, you need to take the kids.’

“He’s honestly really stepped it up, and I’m so grateful to him for doing that.”