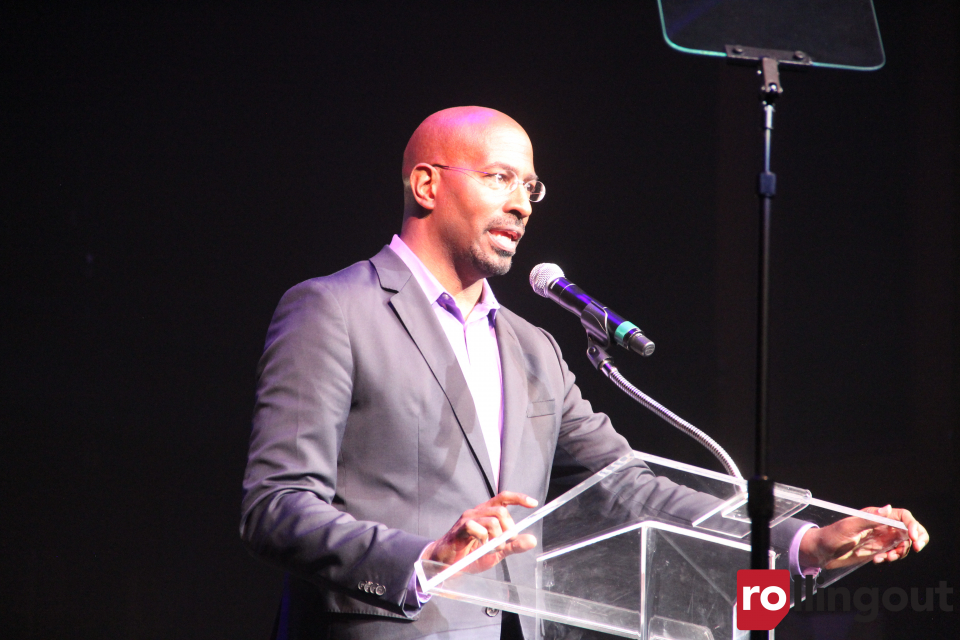 CNN political analyst and host Van Jones is being roasted for heaping effusive praise upon his political arch-nemesis Donald Trump, and even called him the “uniter-in-chief,” enraging critics on social media

Trump expressed support for a prison and justice reform bill that would lead to the early release of low-level and nonviolent prisoners, most of whom are Blacks and Hispanics. Jones said that it is time to give Trump “his just due.”

On Instagram, Van Jones wrote this: “I have always said: I will work with anyone — or against anyone — to help people suffering behind bars. A small, rag-tag band — led mainly by #cut50’s @jessymichele22 — has gotten this bill almost to the finish line. The @nytimes calls the #FirstStepAct the biggest and most comprehensive criminal justice reform measure in a generation. Some say we should wait for a better president. But nobody who is locked up right now in our hellish prisons is saying that. Far from it! … So we press ahead. If you want to help us — go to cut50.org!”

Give the man his due: @realDonaldTrump is on his way to becoming the uniter-in-Chief on an issue that has divided America for generations. Congrats to everyone on both sides who fought for this. #FIRSTSTEPact #CriminalJusticeSummit #CriminalJusticeReform #justicereform #Trump https://t.co/G9kI1C3gXy

Trump proclaims that the First Step Act, a bipartisan bill, will accomplish the following:

“Americans from across the political spectrum can unite around prison reform legislation that will reduce crime while giving our fellow citizens a chance at redemption,” he said during a press conference that was attended by many media members including CNN. “So if something happens and they make a mistake, they get a second chance at life.”

According to the FirstStepAct’s website, these are the things that would change:

This was enough for Jones, who reiterated his support for Trump with CNN’s Don Lemon, much to his critics’ chagrin:

Full clip here: "There are 200,000 people behind bars. They have no hope, no help. We haven't passed a bill to help them in almost two generations. This is something both parties can take some credit for it. I hope we will give this thing a chance to pass." #FirstStepAct @cut_50 pic.twitter.com/yNyF6Ms8gB

Many Jones’ critics immediately began to peel Jones like an onion with some harsh responses for praising No. 45, beginning with the rather profane one below:

I wrote off #VanJones when he praised trunf after inauguration. What's the matter massa? We sick?

Blink twice if you need help, Van 😳 #VanJones got dragged for praising #Trump as the 'uniter-in-chief' https://t.co/TAANLKrof9 pic.twitter.com/I05zZTJL5y

Has anyone seen this Van Jones. He seems to be lost. pic.twitter.com/sBGA4VdYUI

#VanJones and his daily flip flop on #Trump? No thanks I rather watch a rerun of Different Strokes.

Van Jones did have a few supporters, as summarized by this tweet:

Instagram had a lot more to say about Van Jones:

@california.2035 “Politics is nuts but 45 is President racist or not. However I get your point; he met but nothing of substance will happen unless its bought to a vote. We both know that s— aint happening. Kind like how he played all those ‘hungry for power’ black pastors. Smh.”

“Rump also supported the Immigration bill for a photo opportunity. Until he signs something, no credit should be given for a photo,” one commenter said.

Another IG user added: “Hate will only bring hate only love can bring change.”