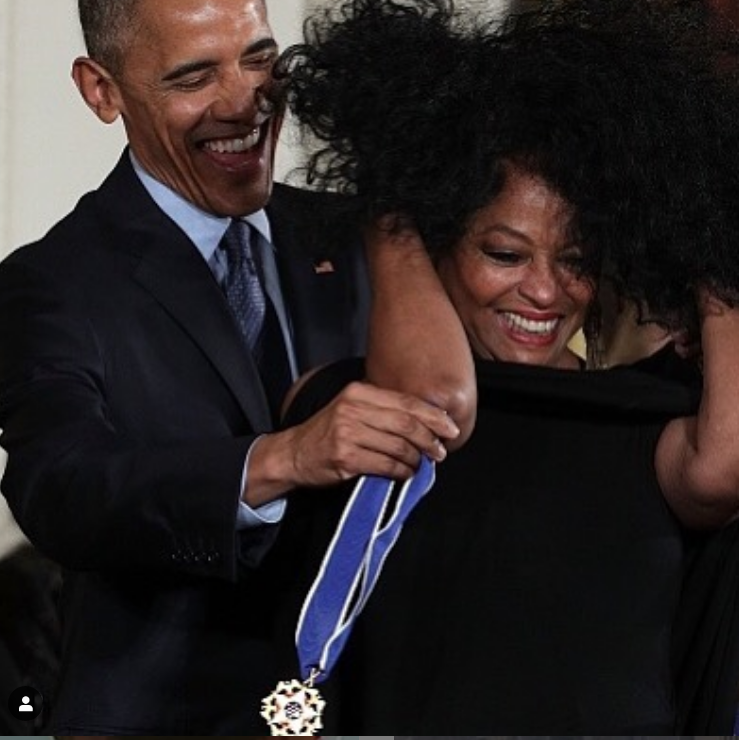 American musical royalty and Motown legend Diana Ross said she felt “violated” when she went through TSA security check at the New Orleans airport this past weekend.

The Grammy-winning “Upside Down” singer was one of the headliners at the annual Jazz and Heritage Festival in New Orleans over the weekend. Because she felt traumatized while going through airport security, including a very meticulous body search, Ross fired up Twitter-sphere with this heat-seeking comment:

Ross, who is also the Oscar-nominated actress of Lady Sings the Blues and the star of such classics like Mahogany and The Wiz, was so riled up about her experience at the airport, that she posted an additional tweet: 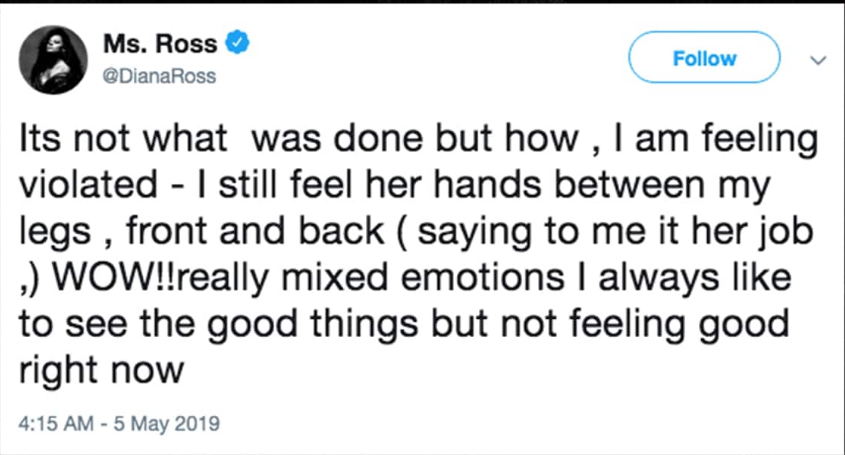 The Transportation Security Administration (TSA) quickly responded in a statement that was obtained by the likes of CNN and TMZ on Ross’ pat-down: “TSA is committed to ensuring all travelers are treated with respect and courtesy. TSA is aware of concerns presented by Diana Ross about her screening experience at Louis Armstrong New Orleans International Airport this morning.

“TSA also said that the “Initial review of CCTV indicates that the officers involved with Ms. Ross’s screening correctly followed all protocols, however, TSA leadership will continue to investigate the matter further. We encourage Ms. Ross to reach out to TSA so we can work with her directly to address her concerns.”

Ross is far from the first celebrity — or American for that matter — to complain about how “thorough” the TSA pat-downs can be. Popular CNN contributor Angela Rye posted this cringe-worthy video on her social media pages as she began crying after a TSA screener was extremely vigorous in her pat-down and search.

I asked the police officer to film this so I can send to @TSA. I'm hoping my humiliation will fix the system. #TSAVaginaMonologues pic.twitter.com/lypkkcpZCW

TMZ noted that the likes of Academy Award-winning actor and writer Ben Affleck also complained. Kim Kardashian West and her husband Kanye have also raised concerns in the past.

It remains to be seen what, if any, changes or alterations to the TSA pat-downs are implemented after Ross’ complaints went viral on Sunday.