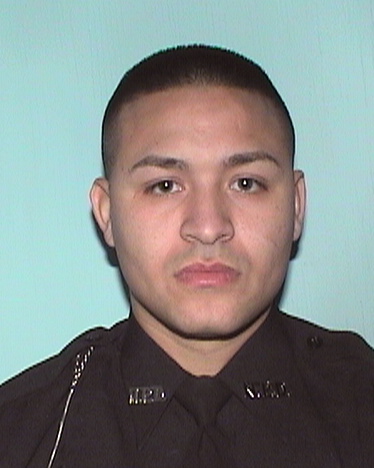 Newark police officer Jovanny Crespo was indicted Tuesday night for a shooting that occurred on January 28, 2019, which killed Gregory C. Griffin, 45, the driver of the vehicle and injured another man, Andrew Dixon, 35.

According to the findings of the Essex County prosecutor, the 26-year old officer fired at the vehicle at three different locations. The car was apparently targeted by the officer because the driver allegedly sped off after a traffic stop.

Crespo, who shot Griffin in the head, was charged with six counts, including aggravated manslaughter, and faces life in prison if convicted of all crimes. Police say a handgun loaded with hollow-point bullets was found in the victim’s car.

In the chaotic video, Crespo claims to have viewed the gun, but the windows of the vehicle were tinted, bringing into question whether Crespo could have actually seen the handgun.

Watch the explosive video after the break that shows Crespo killing Griffin.