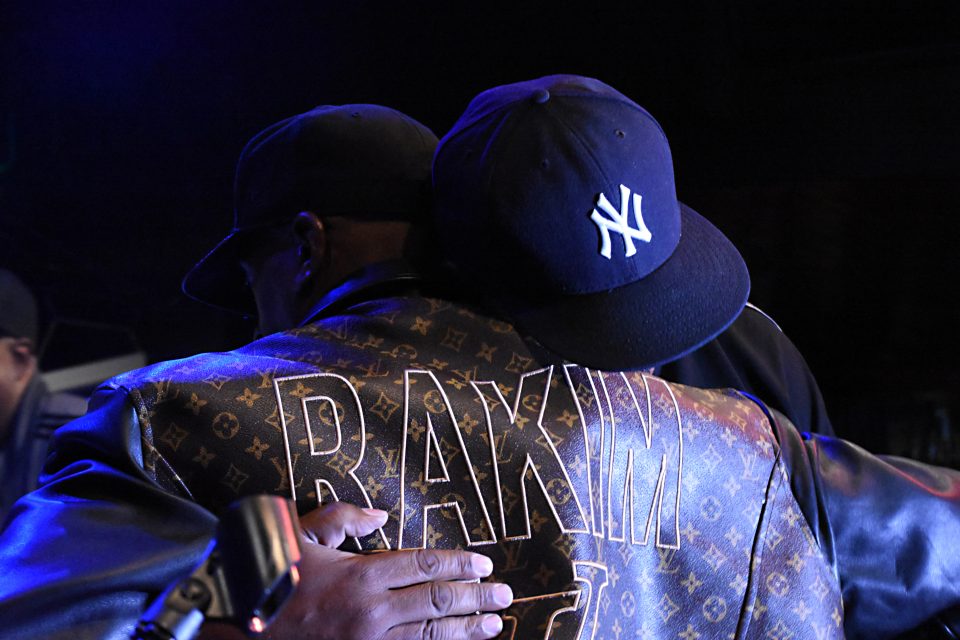 One of the most influential hip-hop groups of all time is currently on tour. Hip-hop legends Eric B & Rakim have cultivated a music catalog which covers 30 plus years. The duo gave us hits like “Paid in Full,” “Don’t Sweat the Technique” and “Microphone Fiend” just to name few. Rakim is an undeniable being heavy hitter as a lyricist and Eric B is one of the dopest DJ’s and producers in the music business.

Rolling Out recently had an opportunity to sit down with Eric B & Rakim to discuss life in the world of hip-hop.

Rakim: It’s been difficult trying to keep a balance between being an entertainer and a father and husband. You definitely have to know and understand that you kind of belong to your supporters, so you have to try to make time.

Eric B: Hip-hop is our life. It’s not just something you talk about, it’s our whole lifestyle. Everything that we do involves hip-hop.

How has music changed since you’ve been rapping? Has it affected your career and if so how?

Eric B: Music goes through waves. When we started it was a slow phase for three months and then [in] another three months people will start rapping faster. Now, it’s a younger generation doing it. Our parent’s music was forced on us but when we got older we appreciated it and understood.

Rakim: You have to come up and try to understand and project what you are trying to create. You just have to try to be the best representative of yourself.

What is your favorite song from your catalog? Why?

Rakim: To talk about what inspired me to write “Ghetto” and then to do it on stage. That song breaks me up a little bit.

What is next for Eric B & Rakim?

Eric B: Just continue to have a great time. This is a great ride and just figure things out one day at a time.

Can we expect new music?

Rakim: You never know. Right now we riding the wave and wherever it takes us. That’s what is good about what we always did, it was always organic and what we felt. When we feel and when we think it is doable, we will do something. People put our music on a high standard, so sometimes you don’t want to dip the donut in the milk twice.

Eric B: We giving you time to get the last one straight. We might just get like Frankie Beverly and just keep the same records and keep on rocking. You never know we might do an album … depends on how we feel.