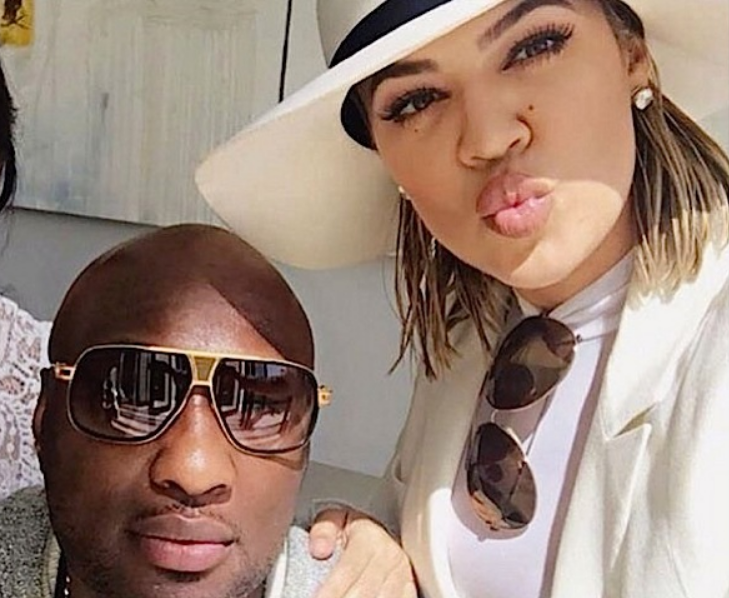 Lamar Odom still wants to date his ex-wife Khloe Kardashian. The 39-year-old basketball star was married to Khloe for four years before they split in 2013, although the ‘Keeping Up with the Kardashians’ star later called off divorce proceedings in 2015 when Odom suffered an overdose in a Las Vegas brothel, and eventually finalized the divorce in 2016.
And despite their split – which came as Odom was unfaithful to Khloe multiple times – he still regards the “Keeping Up with the Kardashians” star as his celebrity crush.

Speaking on “The Ringer’s Against All Odds with Cousin Sal” podcast, he said: “If I had to date a celebrity it would be Khloe Kardashian.” His confession comes after he recently admitted Khloe was still the love of his life, as he said he hopes he’ll reconcile with her one day. “I hope. I wake up hoping that, but you probably would have to ask her.”

And sources previously added fuel to the fire when it was claimed Odom would love to be with the beauty again. Odom would still love to be with Khloé. There’s no beef between [them] at this time. He’s always had love for her and her family,” said one insider.

Meanwhile, Khloe – who has 13-month-old daughter True with ex-boyfriend Tristan Thompson – recently insisted there is “no bad blood” between her and Odom, and she still thinks he’s an “incredible person”. “We speak every now and then. There’s no issues. There’s no bad blood. There’s no anything. It just didn’t work out and I think he’s an incredible person and I just want the best for him. But there’s no negative anything.”

But even if Khloe does feel the same way about Odom, it will likely be a while before she’s ready to start dating again, as she recently said she was taking time for herself following her split from Thompson, after he too was unfaithful to her.

Asked if she’d put herself on any dating websites or apps, she said: “No, I’m not on anything. I don’t care to be. I’m so in love in True, and being with her, and enjoying every moment. I know that probably sounds like the typical answer but I’m working. I’m working on myself – mind, body, soul, that other cliche. I’m just happy and I want to filter through whatever I feel like I need to filter through, but my focus right now is True. I don’t feel a sense of urgency to be in a relationship, or even to go on a date. I don’t want to.”