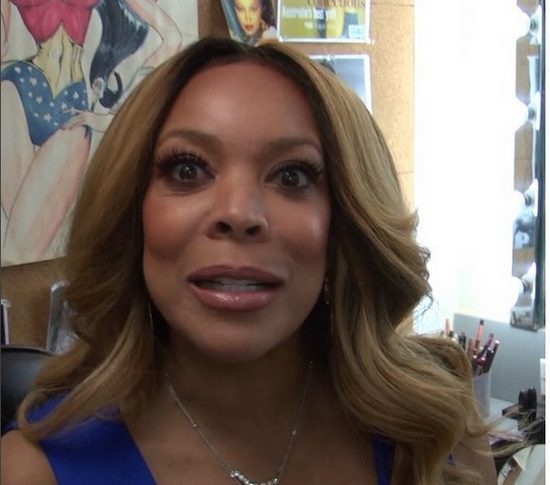 As she continues to untangle herself from her 22-year marriage to Kevin Hunter, daytime talk show queen Wendy Williams is hellbent on living her best life and does not care what folks think about what she does — or who she’ does it with. And that includes her willingness to date a man convicted of armed robbery.

The media and fans are devouring the story of Williams dating a man a much younger man named Marc Tomblin. TMZ made note of the “irony” of the celeb being photographed in New York’s Manhattan borough pulling a stack of cash out of an ATM knowing Tomblin’s felony record.

The entertainment publication got their hands on the court documents that show Tomblin was part of a robbery crew six years ago in Charlotte, North Carolina.

After authorities snatched the crew of three off the streets in 2013, Tomblin pled guilty to conspiracy to commit robbery with a dangerous weapon, obviously a felony. Tomblin was sentenced to 15-30 months.

But Williams is not trying to hear the media who are attempting to warn her about Tomblin. Besides, he already came clean on his transgression and her camp had already clued her in on the details, TMZ reports.

So when the media asks her about Tomblin and his track record, Williams quips simply: “I am a 54-year-old grown ass woman. I know what I’m doing.”

Wiliams reportedly met Tomblin while hitting the streets with notorious socialite and Rob Kardashian’s baby’s mama Blac Chyna. Now that Williams and Tomblin are officially hanging out, (Williams flew back to New York and Tomblin was with her ), she plans on enjoying herself. However, she hastened to add that it’s just all fun for her right now.

“He is lovely, but let me make it clear … I don’t have a boyfriend,” she told TMZ.

Some fans on social media wonder if Williams made that last statement for legal purposes … she is still a married woman.