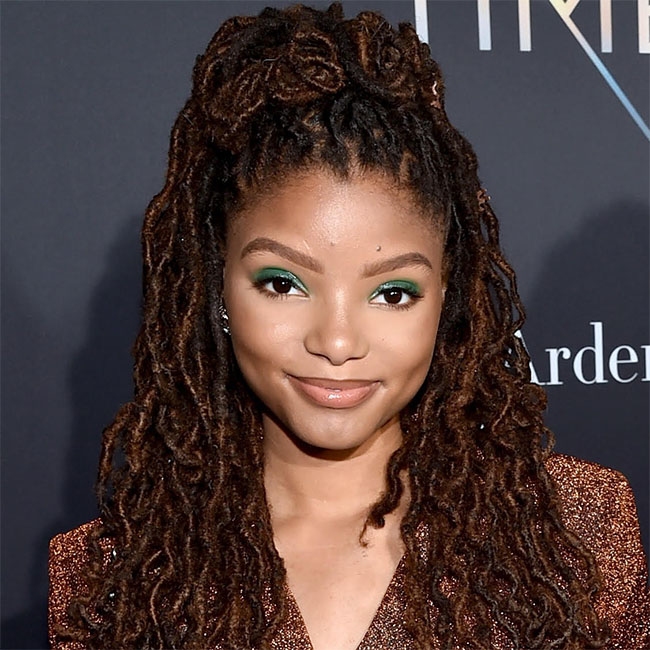 Halle Bailey, one half of the multitalented singing duo Chloe x Halle, has been cast to star in her “dream” role in Disney’s reboot of The Little Mermaid.

The 19-year-old singer and “Grown-ish” actress was unveiled as Ariel in Disney’s upcoming live-action take on the fairy tale and she couldn’t be happier.

Bailey shared a recreated image of Ariel — with black hair and darker skin — by artist Dylan Bonner on her Instagram account and wrote: “Dream come true…(sic)”

The Chloe x Halle singer’s casting has been praised by a host of stars.

Chrissy Teigen — who has children Luna, three, and Miles, 13 months, with husband John Legend — commented on Bailey’s post: “My little toons is gonna see a piece of her in her favorite Disney princess. I cannot wait!!! (sic)”

And Jordin Sparks wrote: “OMG I AM SO HAPPY FOR YOU! And for all the little brown girls who will now see themselves as Ariel too! (sic)” 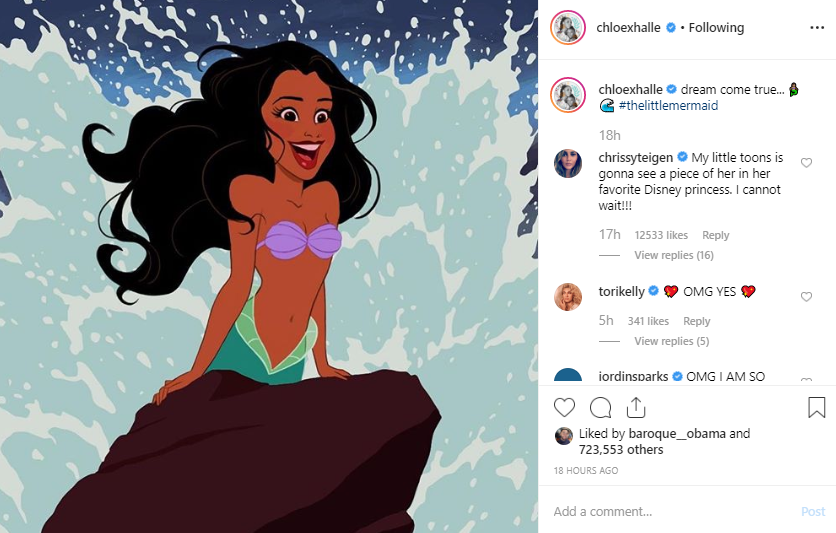 He said: “After an extensive search, it was abundantly clear that Halle possesses that rare combination of spirit, heart, youth, innocence and substance — plus a glorious singing voice — all intrinsic qualities necessary to play this iconic role.”

The film — which will feature beloved songs from the animated classic by Alan Menken and Howard Ashman, as well as new songs by Menken (music) and Miranda (lyrics) — will be produced by Marshall, John DeLuca, Marc Platt and Lin-Manuel Miranda.

Production will begin in early 2020.

Meanwhile, Awkwafina and Jacob Tremblay are said to be in talks for The Little Mermaid, with Awkwafina set to portray Scuttle, the seagull, while the 12-year-old actor will lend his voice to the role of faithful fish friend Flounder.

Melissa McCarthy is also in talks to play Ursula, the sea witch, in the Disney movie.