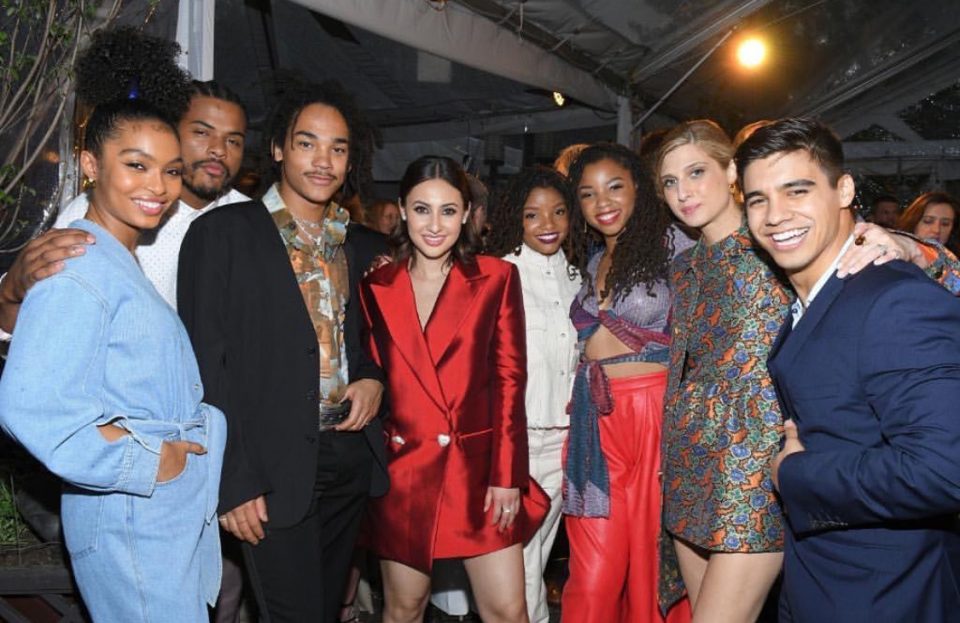 “Grown-ish” is back for a second season. The popular “Black-ish” spin-off is centered around Tracee Ellis Ross and Anthony Anderson’s TV daughter, Zoey Johnson, played by actress Yara Shahidi, as she navigates through the trials and tribulations of college life. The show features a host of great actors, including Luka Sabbat, Deon Cole, Trevor Jackson, and Chloe and Halle Bailey.

In addition to starring on the show, the Bailey sisters — also known as the musical duo of  Chloe x Halle and Beyoncé’s protegées — wrote and sing the “Grown-ish” theme song.

We caught up with the Bailey sisters after a screening of the season premiere at Clark-Atlanta University. They were joined by executive producer Jenifer Rice-Genzuk Henry to talk about the upcoming season and what fans can expect from the January premiere.

What have your characters on “Grown-ish” taught you about yourselves?

Chloe: Playing Jazzlynn, she’s very, very spicy and, like Halle and I say, we definitely feel like Jazzlyn and Skyler [Halle’s character] are our alter egos. Before the show, we never cussed or anything, and from the very first table read, we looked at the script and had to pull out our inner ratchetness. It has been really fun, and I think it has helped me tap into my sassy side. I am 20 years old, so I’m growing into more of a woman, and I’m being more comfortable with being a full-on woman, so I love it.

Halle: It has just helped us be more confident in ourselves and not be afraid to speak up. A lot of times when we’re home and in a place where it’s just us and our family, it’s easy for us to be like, “Ooh, girl.” We speak out. So, it was interesting for our characters because it just got that extra spice out of us.

What can fans expect from season two?

Chloe: I definitely feel like this season two is about us finding ourselves and finding what we’re comfortable with, whether it’s relationships or sexuality or how we bond as sisters, and even our careers at this point and how you can make yourself more seen in this world of social media and all this craziness. So you’ll definitely see us figure [ourselves] out more.

Halle: Yeah, we are definitely figuring out ourselves and our individuality as sisters. In the show we’re twins, so we’re always so polished in being seen together, but you really get to dive into who we are as our own people, so that’s really cool.

Rice-Genzuk Henry: This year, we’re going to touch [on] several different topics — some of them a lot lighter, some of them heavier. In the beginning, we have some kind of fun stuff. We’re taking a look at relationship goals. We’re looking at, like, why this younger culture is so obsessed with the idea of being cuffed up and being recognized for it. One of my personal favorites that we’re exploring is the concept of genius. It’s really interesting because we have these interns from USC, and one of the things that we talked about was the idea that many people from this younger generation think they’re geniuses.